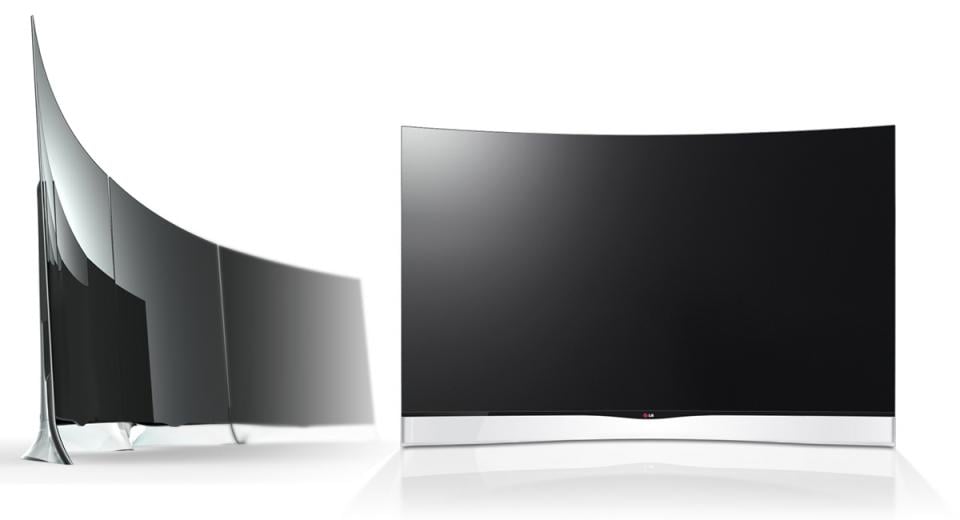 As confirmation of its commitment to the technology, LG are bringing a clutch of OLED TVs to CES 2014 in Las Vegas.
Visitors to LG's booth at CES will have the chance to see the world’s largest Ultra HD curved OLED (model 77EC9800) TV along with the company’s various 55- and 65-inch models. Also on display will be the gallery OLED TV (model 55EA8800) and the curved 55EB9600 with its ultra-low environmental footprint.

The 55, 65 and 77-inch 4K OLED TVs combine LG’s proprietary WRGB OLED technology and Ultra HD screen resolution (3840 x 2160 pixels) in what sounds like the videophiles' wet dream. In fact the 77-inch model has already bagged the 'Best of Innovations' at the 2014 CES Innovations Awards.

77-inch 4K model has already won 'Best of Innovations award
“All of the exceptional OLED models we’re showcasing at CES 2014 offer the ultimate in picture quality and refined, modern aesthetics,” said In-kyu Lee, Senior Vice President and head of the TV Division at LG Electronics’ Home Entertainment Company. “Driving the evolution of television into the next generation, LG will continue to employ its technological and design expertise to bring impressive OLED TVs to market.”

The colour temperature of each pixel on the enormous 77-inch display is automatically controlled by the LG Color Refiner, which they claim results in 'superior consistency and balance' by which we assume they mean the screen uniformity is near perfect. The TV’s infinite contrast ratio is managed by the company’s High Dynamic Range (HDR) algorithm. The TV also incorporates Motion Estimation Motion Compensation (MEMC) to make the onscreen action appear 'smoother, clearer and more realistic,' although we'd like to get our hands on one to verify those claims.

Reassuringly, the 4K models all feature the ability to decode broadcast signals in both H.264 and HEVC H.265 formats, at 30p or 60p and a built-in decoder makes it possible to display Ultra HD content from external devices connected via the TV’s HDMI, USB or LAN ports.

Gearing up for OLED demand explosion
It's all very well having all these TVs on show but if they can't back them up with available stock, at acceptable prices, it wont count for much but LG seems to have that covered.

To prepare for the imminent growth in demand for OLED TVs around the world, LG is establishing production bases in a number of countries outside of Korea. The company has already completed the construction of new TV plants in Brazil, Poland, China and Thailand with an advanced facility in Mexico commencing operation this year producing OLED TVs for the North American market.

LG is clearly trying to establish an early lead in the OLED market and it will be interesting to see how the others respond - notably Samsung and Panasonic - when we're out there in Vegas next week but it's exciting times, for sure.