LG 2020 soundbars launched in US

Will the UK launch be close behind? 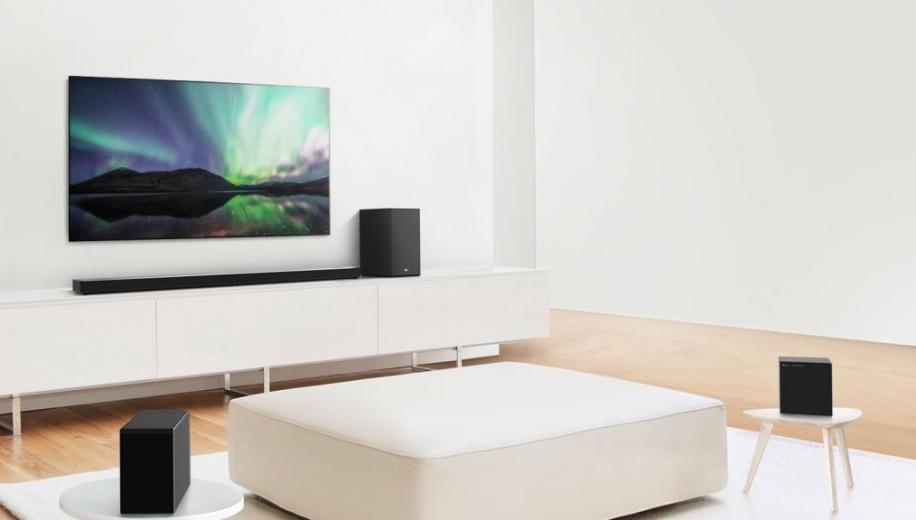 In preparation for this year’s CES, LG announced its planned range of soundbars for 2020 revealing the inclusion of AI Room Calibration. Now the US pricing and availability of the SN11RG, SN10YG , SN9YG, SN8YG and SN7Y models has been unveiled.

LG’s flagship units, the 7.1.4 channel SN11RG and 5.1.2 channel SN10YG were both recipients of Innovation Awards at CES back in January recognising sound quality and usability.

Dolby Atmos features in all of the company’s soundbar offerings for this year except for the two entry level models, the SN5Y and SN6Y which instead feature DTS Virtual:X to create 3D audio and which are 2.1 and 3.1 channels respectively. In addition, the SN11RG, SN10YG, SN8YG and SN7Y also feature DTS:X support, which appears to be lacking on the SN9YG.
﻿
﻿Update: In fact the SN9YG does features DTS:X meaning that all the models above the SN6Y are compatible with both Dolby Atmos and DTS:X 3D sound formats.

All the announced models can handle Hi-Res audio up to 24bit, 192KHz while the models above the SN6Y all feature AI Room Calibration, which uses spatial awareness technology to measure your room's unique acoustic characteristics and then balances the sound bar's audio settings to the environment for an immersive sound with a more accurate sweet spot.

Starting with the SN8YG, Google Assistant is also built-in (denoted by the ‘G’ in the model’s name) allowing the convenience of AI smart connectivity and voice recognition without the need for an extra device. These models also also feature advanced connectivity through eARC, allowing for easy connection, better sound quality and convenient control with the TV remote.

British audio specialists Meridian Audio has once again been involved in tuning the five premium models and the resulting Advanced Sound Technology emphasises low frequencies and enhances the soundstage in width, height and depth. All five models include 4K HDR passthrough via HDMI.

In keeping with its flagship position, the SN11RG comes fully equipped with two wireless rear speakers which combine forward and upfiring drivers and the full 7.1.4 channel configuration is powered by 770W of power.

None of the other models comes with these additional rear speakers but they are available as the RPK8-S speaker kit for an extra $179.

Moving down the range, the SN10YG and SN9YG shift to a 5.1.2 channel output while the SN8YG and SN7Y are 3.1.2 channel configurations. The overall power drops from 570W to 380W moving down through these models.

The full range is available in the US starting from this month and the prices are listed below.

With the US pricing and release dates now  available , hopefully availability in the UK won’t be far behind.