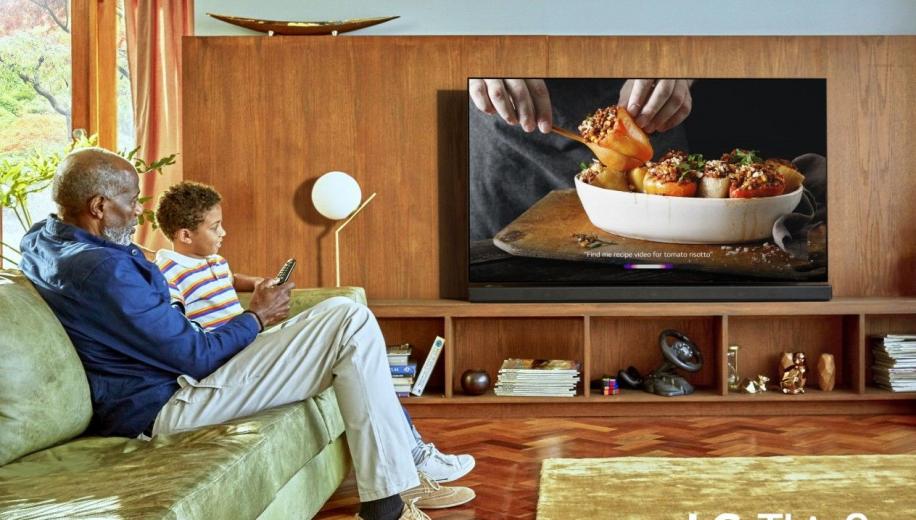 LG have popped the champagne cork on their plans for TVs in 2019 and there’s a lot to look forward to, including HDMI 2.1 and 8K OLED and LCD models.
4K OLED The models appear largely as their 2018 counterparts and the panels themselves remain unchanged but will introduce an improved anti-reflective filter. The main changes will come from the introduction of HDMI 2.1 in all the 2019 OLED models and the image improvements that the new processor will herald.

Amongst the features that HDMI 2.1 will bring will be an increase in bandwidth allowing 4K at 120fps - known as High Frame rate (HFR) - which will allow smoother action in movies and sport. Lossless object-based audio such as Dolby Atmos and DTS:X will now be supported too.

Improvements in image quality continues to be a priority and the new OLEDs will provide support for HDR in 4 guises (HDR10, HLG, Dolby Vision and Advanced HDR). Samsung’s HDR10+ has been ignored (no surprises there) and LG is confident that its dynamic tone mapping will have the same effect.

Other improvements served up by the second generation Alpha 9 will include OLED Motion Pro, which is an upgraded black frame insertion system which operates at 100/120hz with a shorter black frame cycle - this is all designed to eliminate flicker and maintain brightness.

One of the more interesting developments and one which seems to echo Samsung’s algorithmic approach to image quality on its Q900R is the introduction of ‘AI Picture’ mode as part of the ‘ThinkQ AI’ initiative. This mode aims to enhance the picture by querying an online database which contains over a million pieces of content which the TV can compare with to make sure it is providing the best possible quality image. The benefit here is that the database will be constantly updated so quality will always be improving.

An audio version of this, ‘AI Sound’, will monitor what is being shown on screen and adjust and enhance audio based on this. It will be able to upconvert stereo to 5.1 and will be available on the LG B9 later in the year.

A new version (4.5) of webOS will also be debuted and voice assistance will be expanded to include Amazon Alexa as well as Google Assistant. Despite their association with OLED, LG are clearly not abandoning tried and tested LCD technology and their newly presented Nano Cell TVs are based on IPS LCD panels with a nano cell enhancement layer. Using an IPS panel ensures much wider viewing angles than LCD panels that use the VA (Vertical Alignment) approach, though VA itself has other advantages such as improved contrast over IPS.

Finally, keeping a flame burning for well established but older resolutions, Full HD continues to be supported in certain territories with the LM63, LM55 and LM51 ranges which will be available from April 2019 from 32 inches up to 86 inches. These models benefit from LG’s ”ThinQ AI” push which will encompass WebOS and Google Assistant as well as Amazon Alexa. Many models will include ”adaptive sound control” that can enhance audio based on the type of content and high-end models will include a similar feature for video settings.


8K - More Arrivals
Both OLED and LCD get a taste of 8K, the 88-inch Z9 OLED and the 75-inch SM99 Nano Cell LCD, which features FALD Pro. The Z9 will come complete with a floor standing design that incorporates a built-in speaker.

8K has a resolution of 7680 x 4320 and pushes the pixel count north of 33 million - in other words 4x that of 4K.The fact that LG has included HDMI 2.1 allows them to leapfrog Samsung's Q900R which will have to wait for the new One Connect Box before it becomes compliant with the brand new standard. The Z9 is expected to be available in the second half of the year at what is likely to be some considerable cost.


Are these announcements what you were expecting and if so will you be making purchase plans based on them? How do you think LG's approach to the rapidly developing world of TV tech stacks up against the competition?

No doubt more details will continue to filter out during CES 2019 and AVForums will be there bringing you development and perhaps get some hands-on time with these new TVs.
To comment on what you've read here, click the Discussion tab and post a reply.
News Discussion (350)