Will price rises be passed onto the consumer? 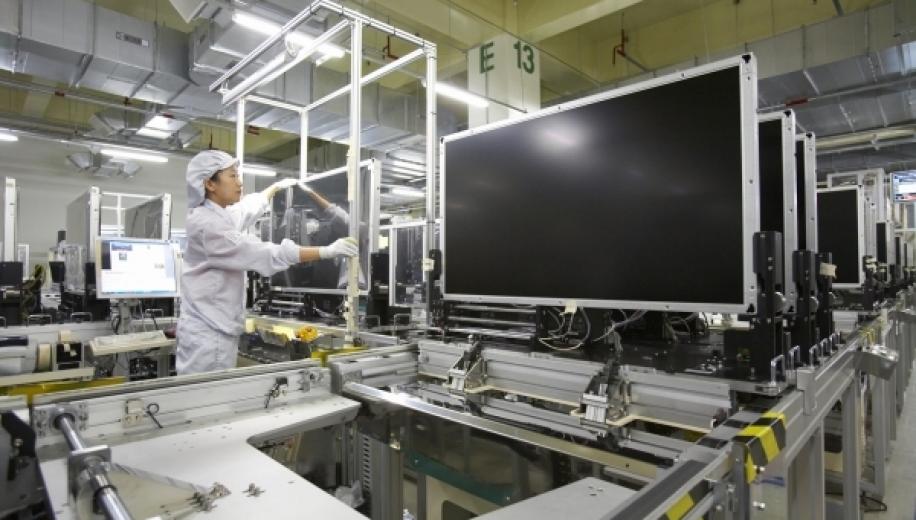 Putting aside the dreadful human toll of the Covid-19 (corona) virus, the social and economic consequences are starting to become apparent - and the display industry certainly won't escape the knock on effects.

Reported by BusinessKorea.co.kr, who quote research from industry analyst firm WitsView, the cumulative effect of display manufacturers in China temporarily closing down their production facilities is expected to be a decline in supplies of LCD TV panels and a concurrent price rise.

This has already been seen and, according to the report, the increase in LCD TV panel prices for the first two weeks of this month jumped from 0.2 percent to 1 percent. This equated to five times the increase shown in the previous month.

The second half of 2019 had already started to see a reversal of the steady decrease in LCD panel prices as a result of Samsung Display and LG Display starting to scale down their own LCD panel manufacturing capabilities by either closing or selling production lines.

With China’s LCD panel producers now dominant in the LCD TV panel sector, control of panel production, stocks and prices is easier. However, in the wake of the Covid-19 outbreak and the quarantine measures in place in Hubei province where the outbreak is centred, these parameters are now not so easy to control or predict for the Chinese panel producers.

WitsView said that the current price rise “was witnessed in every range from 32-inch to 75-inch panels, which was for the first time since November 2016.” In addition, it expects the increase to accelerate through March and “continue until at least June.”

The Chinese New Year holiday period was extended to the 9th Feb, with many factories within the viral epicentre of Wuhan not expected back until 14th Feb. The uncertain nature of the outbreak’s progression may impact that date further and stringent requirements will likely be in place for companies that do reopen facilities.

China’s largest display maker BOE has temporarily halted the operations of its new Gen-10.5 LCD production line in Wuhan, though since it has only been operational since September 2019, the impact of its closure may not be too far-reaching. The BOE facility was designed to produce 120,000 monthly pieces of glass substrate at 2940mm x 3370mm from which 65-inch and above panels could be cut, but had not yet reached its production capacity.

Perhaps hoping to be buffered somewhat from the worst results of the outbreak, LG Display is currently moving towards OLED TV panel focussed manufacturing and Samsung Display is investing in Quantum Dot OLED displays as both pursue strategies to rely less on LCD based TVs. Both still run Gen-8.5 LCD lines in the cities of Suzhou and Guangzhou, though these locations are said to be under less impact from the coronavirus.

Meanwhile, as production slows and prices rise, LG Electronics, who use LCD panels for many of its 4K UHD ranges including NanoCell models, and Samsung Electronics, whose successful QLED ranges are LCD panel based, must be mulling over how to deal with the rising cost of producing their TVs since between them, LCD panels produced in China account for about 40 percent of the total used in their LCD TVs.

The longer the crisis continues and display factories in the province remain closed or on reduced capacity due to expected supply chain issues, the more manufacturers will be affected including domestic Chinese firms such as Hisense, TCL, Skyworth and Konka.

Are prices set to rise or will the manufacturers and retailers soak up any increases to keep sales moving? Are you planning on a TV purchase and if so would a price rise change your plans? Let us know in the discussion thread.