Brand new production plant in Guangzhou, China in your back pocket.That’ll do nicely! 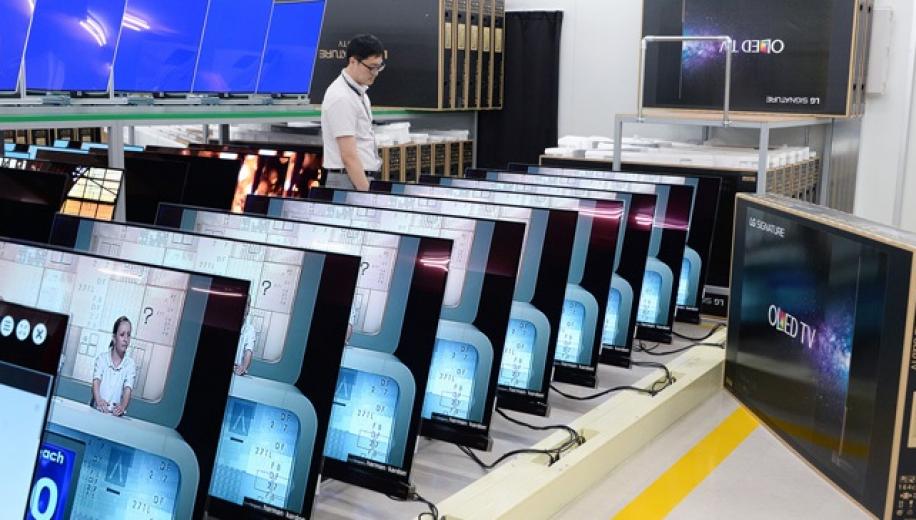 It’s not just the US and China - diplomatic and trade spats around the globe affect manufacturing worldwide and Japan is now flexing some export muscle over South Korea which could affect buyers of OLED TVs.
OLED-Info recently reported how an escalating diplomatic row between the two countries had resulted in Japan imposing certain export restrictions and that these were beginning to bite into the Korean OLED manufacturing base. Today, they have now indicated that production in Korea could cease entirely by the end of July.

A further report, this time from BusinessKorea.co.kr states that LG Display is getting around these restrictions by greater reliance on its latest plant in China.

The main problem centres around a material used in the OLED production process called fluorinated polyimide, of which Japan is the leading producer with 90 percent of the world’s volume, so finding suitable supply alternatives is problematic.

Despite stockpiling material, both Samsung Display and LG Display will now find it challenging to continue OLED manufacturing at past levels for much longer and they have warned the Korean government of the impending cessation of production at some plants around the country if the unrestricted supply of the polyimide is not restored. Quite how the government will respond to this pressure is not known and it is not known how different OLED panel types (smartphone, TV, automotive, signage etc) will be affected.

The tension between the two countries goes back to claims of forced labour of South Korean workers during the Second World War for which the Korean government holds Japan’s Nippon Steel responsible, and for which it has decreed compensation is due. Japan insists that the matter was settled decades ago.

However, there’s some good news for LG Display, which has the option of bringing its newest production facility in Guangzhou, China into play by starting volume production of its 8.5 generation panels. Since it is located in China, this factory will not be affected by the restrictive export measures in place for Korea.

"Since the Chinese factory is procuring display parts locally, it is free from Japan's export regulations," an LG Display official said, before adding, "We are continuing a test operation of the Guangzhou plant because it is scheduled to start mass production in August. Since we have experience in producing 8th-generation products in factories in Korea, we will not have any problem in the operation of the Guangzhou factory."

If all goes well at the Guangzhou OLED line, it’s expected that LG Display’s annual production of large OLED displays will increase from 2.9 million units to 3.8 million. This was all part of the company’s strategic plan to increase OLED sales to more than 30 percent of its total TV panel sales in 2019 as they moved away from the emphasis on LCD production.

Nonetheless, any reduction in production levels at TV fabrication facilities back home in South Korea brought about by these export restrictions will affect LG’s overall business plans for ramping up OLED production. The company may also have to deal with initial productivity and yield issues too as operations at Guangzhou are brought up to speed.

So the path to your brand new OLED TV might be a bit more rocky than you thought.

Are you planning to purchase an OLED TV in the near future? Would supply issues make you look at LED/LCD instead or would you wait until OLED production is back on an even keel? Let us know in the discussion thread.