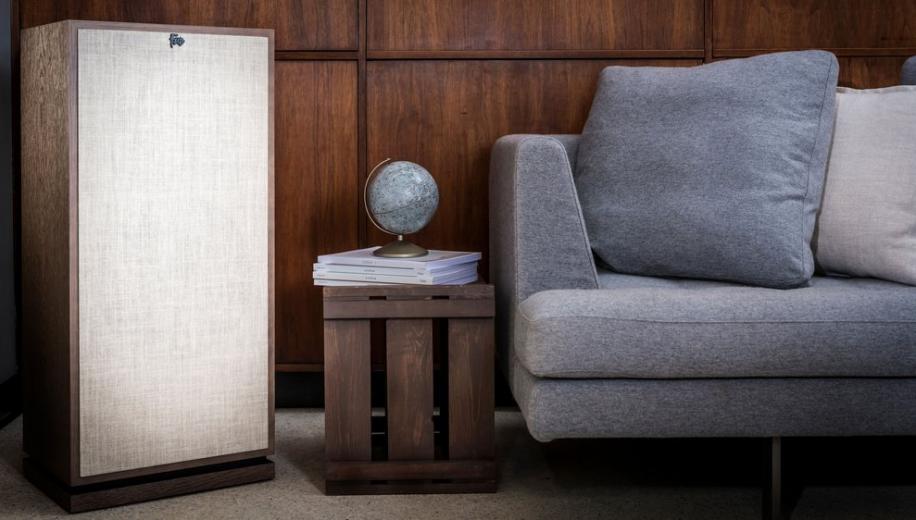 Klipsch Forte III Hi-Fi Speaker (2017)
SRP: £4,000.00
The Klipsch Forte III loudspeakers are now available in the UK after first being unveiled in late 2017.
The Forte III, as a member of the Klipsch Heritage line, is handcrafted in the USA and the new generation Forte III has been updated over its predecessor both cosmetically and in its acoustic ability, yet it maintains the original design and performance that made it popular in the 1980s and 90s. Each pair of Forte III loudspeakers is grain-matched using wood veneer panels that are harvested from the same timber.

The Forte III is a three-way design, employing a 12” woofer and horn-loaded midrange and tweeter. The new K-100-TI 1” and K-70 1.75” titanium compression drivers promise a smooth and powerful response in the high-frequency and mid-range, respectively. The newly designed K-703-M midrange horn incorporates a modified Tractrix design with patented Mumps technology to improve coverage and control of the key mid-frequency band. However, where the Forte III truly stands apart from most other speakers is in its rear-mounted 15” passive radiator.

The 15-inch sub-bass woofer on the rear of the cabinet operates on acoustic pressure generated by the main woofer. However, not only does it deliver deeper and more powerful bass output, but it also allows the Forte III to sound so much bigger than its size would normally suggest is possible, says Klipsch. Inside the cabinet, the Forte III boasts a new, steep filter passive crossover network which operates at 650Hz and 5.2kHz. Externally, the input panel has been redesigned with high-quality, heavy-duty bi-wire capable input terminals to cater to your desired power amp preference.

The Forte III is available in four finish options – American Walnut, Natural Cherry, Black Ash, and new Distressed Oak – at an SRP of £4,000.00