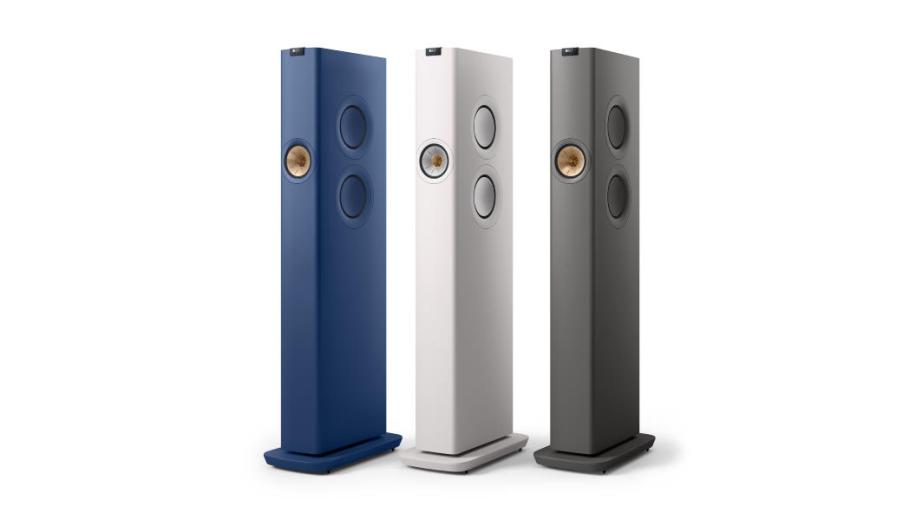 The world-first technology for the LS60 Wireless is adapted from KEF’s flagship Blade series, which the company says “aims to achieve the acoustic ideal of a point source where low, mid and high frequencies radiate from one point.” At the core of this is KEF’s own 12th-generation Uni-Q driver array using Metamaterial Absorption Technology. For the LS60 it’s been refined with a tweeter gap damper and a new ‘Z-Flex’ surround to help further eliminate distortion and provide a more natural audio performance. With this tech and the stylish floor-standing design, the new speaker more closely echoes the Blade series than the LS50 Wireless II system we reviewed last year.

The LS60 Wireless speaker also comes with two pairs of 5.25-inch Uni-Core driver arrays (as first seen on the KC62 subwoofer), along with the company’s P-Flex and Smart Distortion Control Technology systems to balance the low frequencies with back-to-back bass drivers helping to eliminate cabinet vibrations. It also comes with KEF’s Music Integrity Engine, with the LS60 coming with a low-frequency phase correction to deliver “pinpoint timing exactly as if you were listening to the original sound”.

It boast a combined output of 1,400W, with amplifiers dedicated to the high, medium and low frequencies within each speaker. Despite the name, the LS60 Wireless does also come with some wired options, including HDMI eARC and subwoofer outputs. Along with support for streaming PCM files up to 24-bit/384kHz, plus DSD and MQA decoding, there’s also compatibility with the likes of Apple AirPlay 2, Google Chromecast and Bluetooth. Using the KEF Connect App you can hook up to your favourite streaming services and other music apps, and also fine-tune the speaker settings and connect the LS60 Wireless into your wider home set-up. The company also adds that by the autumn, the speakers will be Roon Ready.

The KEF LS60 Wireless speakers will be available in June, priced at £6,000 per pair. You can opt for a titanium grey, mineral white or royal blue finish, with more information and updates on its impending arrival available on the KEF website. They certainly look the part with a stylish slimline design, so let us know if the LS60 Wireless is hitting all the right notes to get you interested!