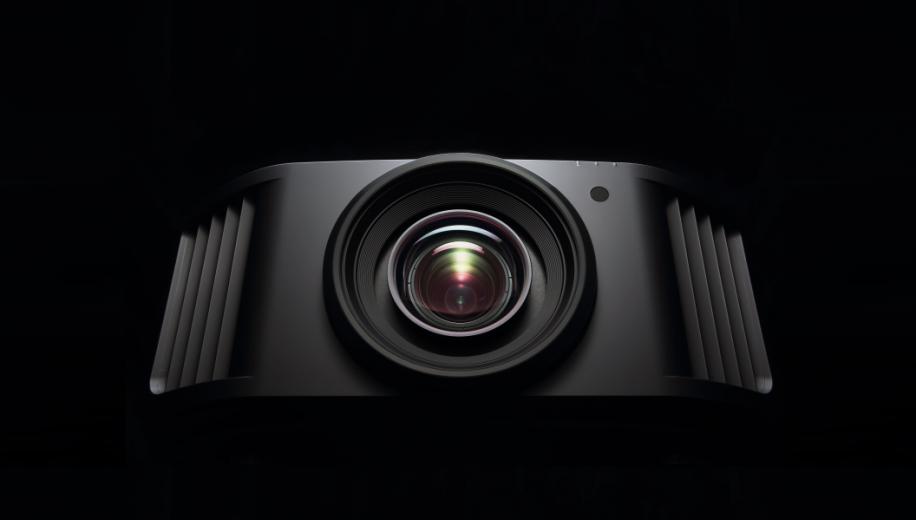 With a projector lineup that currently includes the DLA-N5, DLA-N7 and DLA-NX9, each beloved of many a home cinema enthusiast, JVC’s announcement has lifted the lid on the company’s new lineup of models which will be superseding these already impressive offerings.

Originally only available in JVC’s headlining DLA-Z1 projector, the BLU-Escent laser diode light source has now been implemented across the board in the new DLA-NZ9, DLA-NZ8, and DLA-NZ7 range allowing for images with greater precision and dynamic range on large screens.

The blue laser diode delivers a long life of 20,000 hours along with a high brightness of 2,200lm in the NZ7, rising to 2,500lm in the NZ8, and hitting 3,000 lumens in the NZ9, enabling an increase in the peak brightness during HDR playback.

Each of the new models features two 48Gbps HDMI inputs with HDCP 2.3 to support the new generation of games consoles and provide a future proofed path for new 8K input sources. And with 4K/120p support, the prospect of high frame rate gaming on large screens now opens up.

To ensure a resolution as close to native 8K as possible, JVC’s newly upgraded 8K/e-shiftX has been implemented in the NZ9 and NZ8. This shifts the pixels in four directions to better render 8K content. The earlier 8K/e-shift technology used on the NZ7 only doubles the resolution by shifting each pixel diagonally by 0.5 pixels.

Since 8K/e-shiftX technology moves a pixel in four diagonal directions (up, down, left, and right), the panel needs to be driven at twice the speed of conventional systems. To achieve this, the 0.69-inch native 4K D-ILA device uses a 240Hz driver for improved performance. The result is the ability to display 8K content with ’pixel perfect 8K resolution’ on the NZ8 and NZ9.

To ensure stability and high picture quality from the huge amounts of data processing involved in the reproduction of 8K images, the latest technology LSIs are installed.

The top-of-the-line DLA-NZ9 is equipped with a premium 16-group, 18-element, all-glass, all-aluminum barrel lens with a 100mm diameter. The NZ8 and NZ7, meanwhile, are equipped with a 65mm diameter all-glass lens with 17 elements in 15 groups to deliver high-resolution images that are in focus all the way to the periphery of the screen.

With support for HDR10+ now in place to deliver scene-by-scene or frame-by-frame tone mapping, and JVC’s unique Frame Adapt HDR and Theater Optimizer already in place for HDR10 content, HDR reproduction is now better than ever, with HLG (Hybrid Log Gamma) format used in broadcasting also available. Furthermore, more than 100 percent of the wide DCI-P3 colour gamut is available through the use of the cinema filter in the NZ9 and NZ8. While not quite as wide, the NZ7 can still deliver a healthy 93% of DCI-P3.

Ultra-High Contrast Optics in the NZ9 and NZ8 significantly improve brightness by adopting a more efficient polarisation method. In addition, a new optical device that thoroughly eliminates internal unwanted light has been adopted to significantly improve the quality of projected images. The NZ9 has a claimed native contrast ratio of 100,000:1, and the NZ8 is claimed to achieve 80,000:1. While the NZ7 lacks these Ultra-High Contrast Optics, it still has a claimed contrast ratio of 40,000:1, which is better than most of the competition.

A number of other features remain in place including: ISF-certification plus calibration options for ISF-certified engineers; memory recall of up to 10 types of installation adjustments including lens memory, pixel adjustment, screen size, aspect ratio and screen masks; an auto-calibration function to optimise for installation and usage conditions and a Screen Correction Mode to correct colour imbalance caused by screen characteristics.

With the top-of-the-line NZ9 equipped with a premium 100mm diameter all-glass lens, Ultra-High Contrast Optics for outstanding contrast, and 8K e-shiftX, the NZ8 sharing most of the NZ9 features but with a 65mm diameter all-glass lens, and the NZ7 providing a high value model which delivers a laser light source, 8K input, and 8K/e-shift, there should be something on offer for most Batcave dwellers when the next upgrade comes around.