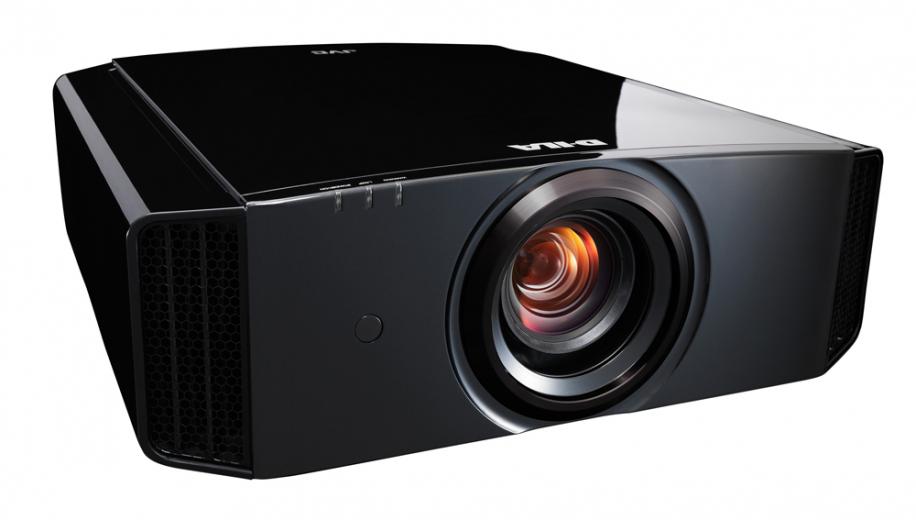 After not releasing any new models last year, a number of industry observers were worried that JVC might be pulling out of the projector market.
That would have been dreadful news to any fans of the Japanese manufacturer and projectors in general, as JVC have lead the way in terms of deep blacks and film-like projected images. So the news that they have a new line-up for 2015/16 is certainly to be welcomed, with JVC releasing three upgraded models - the DLA-X9000 (£8,499), the DLA-X7000 (£5,699) and the DLA-X5000 (£3,999). All three projectors use the same chassis as previous years but will boast increased brightness, e-shift4 and crucially support for HDMI 2.0a and HDCP2.2.

These projectors will be using new 265W high power lamps, so no laser projection yet, and the X9000 is rated at 1,900lm, the X7000 at 1,800lm and the X5000 at 1,700lm. JVC claim the increased brightness will allow the projectors to deliver images in rooms with ambient light but if you want to take full advantage of their inherent dynamic range, then a darkened room is preferable. The X9000 will have a claimed contrast ratio of 150,000:1, the X7000 a ratio of 120,000:1 and the X5000 a ratio of 40,000:1. All three projectors also include JVC's user-selectable Intelligent Lens Aperture to boost the contrast further.

JVC claims that the increased brightness and inherently deep blacks mean that the projectors can simultaneously reproduce highlights and detail in dark scenes, making them compatible with HDR (High Dynamic Range). Exactly how this support is implemented remains to be seen but JVC also claim a wider colour gamut for their new projectors. However the inclusion of both HDMI 2.0a and HDCP 2.2 is crucial and the two HDMI inputs can handle transfer rates of 18Gbps and 4K signals such as 4K60p 4:4:4, 4K60p 4:2:2/36-bit and 4K24p 4:4:4/36-bit.

Although the projectors aren't native 4K they do include JVC's e-shift4 technology, which creates a greater perceived level of resolution by shifting each pixel 0.5 pixels diagonally. In addition the projectors can use this technology to create a higher resolution image when receiving a 4K signal and e-shift4 has been optimised for 4K60p and the increased brightness. The projectors will also include the latest version of Multiple Pixel Control which is part of the Super Resolution technology developed by JVC using a unique algorithm that has been optimised for 4K content.

The new projectors also have the latest version of JVC's Clear Motion Drive which now includes a new Motion Enhance feature. This technology will minimise the motion blur significantly by optimising the drive of the D-ILA device and is also compatible with 4K and 3D signals. All three projectors will include screen adjust mode and a new Auto Calibration Feature, along with 6-axis colour management and 12-point manual gamma adjustments. In addition the X9000 and X7000 include Real Colour Imaging technology and JVC are currently applying for THX 3D certification.

Whilst some might be disappointed at the lack of native 4K support and laser projection, the new line-up certainly looks very impressive and should be capable of delivering an enhanced viewing experience with Ultra HD 4K content. The new projectors will be available in November and we will hopefully get our first look at them at IFA this week.
To comment on what you've read here, click the Discussion tab and post a reply.
News Discussion (142)