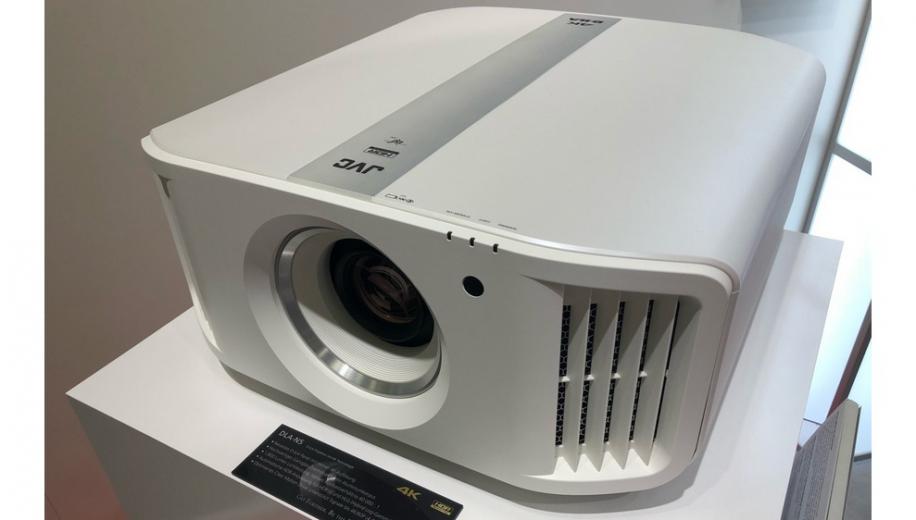 JVC has dropped an IFA bomb by announcing new, native 4K projectors to rival Sony in the home cinema market, with new DLA-N5B/W, DLA-N7B and DLA-NX9B set for release before the end of 2018. JVC’s only other native 4K projector is the laser driven Z1, which is beyond the reach of most pockets.
Featuring a 100mm diameter glass lens, the DLA-NX9 allows a wide offset range of +/- 100% on the vertical axis and +/- 43% on the horizontal axis. In addition, the optics of the DLA-NX9 are composed of 18 elements including 16 lenses, among which are five with especially low dispersion, dedicated to the suppression of chromatic aberrations and, according to JVC, able to reproduce the fidelity the 8K resolution. The new D-ILA matrices feature three 0.69-inch chips with a pixel pitch of just 3.8 μm.

Like all in the range, the DX9B is HLG and HDR10 capable and it boasts a claimed 2,200 lumen output, 100, 000:1 native contrast ratio and 1,000,000:1 dynamic. The DX9 is also claimed to present 100% of the (wide) DCI colour gamut via its 100mm all-glass lens. All the projectors will feature isf certification and offer extensive calibration controls. The DX9B is currently undergoing THX 4K Certification.

All this new tech doesn’t come cheap, of course, but considering what’s on offer, we don’t think the £18,599 asking price sounds at all bad. All the new range of projectors incorporate an Auto Tone Mapping feature that automatically adjusts settings based on 4K Blu-ray Disc mastering information. This option will provide a welcome degree of simplicity since it will no longer be necessary to manually adjust the parameters for viewing at optimum HDR10 quality.
The smart aperture function, meanwhile, allows it to analyse the source image and automatically determine the black level. Also, thanks to the D-ILA matrix reducing the space between pixels at 3.8 μm, light is used more efficiently.

We’re certainly excited by this news and we can’t wait to see production models, which should begin appearing around October 2018.