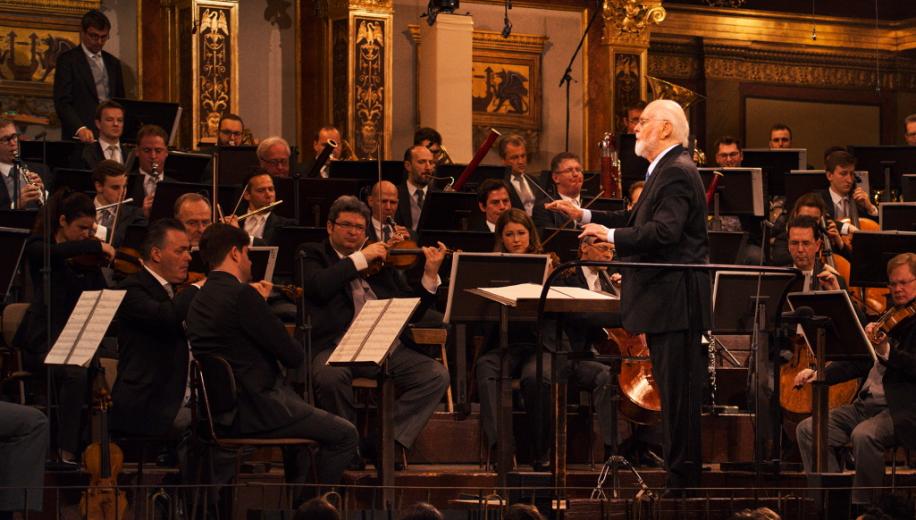 Available in a number of formats, including CD and vinyl, the special Dolby Atmos versions of William’s iconic movie cues are accessible via the Blu-ray release of the concert and also by using an Amazon Music HD music streaming service subscription and Amazon Echo Studio speaker.

Recorded and mixed in Dolby Atmos by Bernhard Güttler, the surround sound format sees each instrument (or group of instruments) treated as separate objects which can be placed precisely in a 360° sound field. In this way the extra depth and detail in the recording can be exposed and the orchestral experience authentically recreated.

The concert was performed by the Wiener Philharmoniker and took place on the 18th and 19th of January 2020 at the world-renowned Vienna Musikverein. It saw Williams conducting on European soil for the first time and he was also joined on stage by globally renowned violinist Anne-Sophie Mutter for performances of classic Williams’ themes that had been specially adapted for her.

John Williams commented: “Performing at such a prestigious venue as the Musikverein with the magnificent Wiener Philharmoniker and the incomparable Anne-Sophie Mutter was a very great privilege indeed.  I’m delighted that listeners will be able to share that experience through the special technology of Dolby Atmos.”

John Williams is of course arguably without peer when it comes to writing music for film and his accompaniments have added emotional heft to some of cinema’s biggest blockbusters as well as smaller scale more intimate movies such as Angela’s Ashes and The Book Thief.

In a composing career that started in the late 50s he has won many awards including five Oscars, five Emmys, four Golden Globes and twenty-five Grammys.

The Tracklist for the Blu-ray is as follows:

Following on from Hans Zimmer’s Live In Prague concert set which was also given the Dolby Atmos treatment, it seems that orchestral based music is a genre where producers and creators feel the 3D surround sound format can really be used to create a thoroughly immersive listening experience. If you’ve managed to listen to John Williams Live in Vienna through your home cinema setup using the Blu-ray or via the Amazon Studio Echo speaker, why not let everyone know what you thought of the experience in the discussion thread?