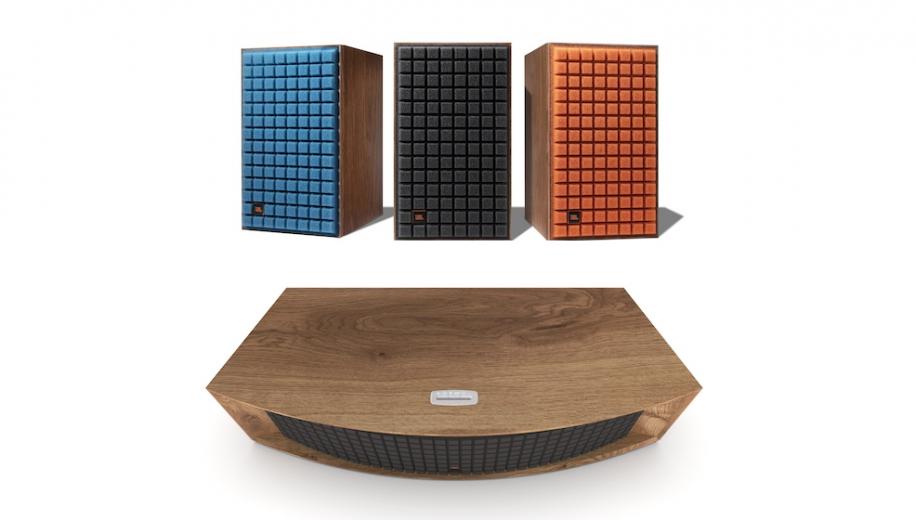 JBL has unveiled two new additions to its Hi-Fi lineup with the L52 Classic bookshelf speaker and the L75ms Music System, appealing to traditionalists and modern music fans alike.

A busy release day for JBL sees the new L52 Classic bookshelf loudspeaker join the Classic series as its smallest member, along with the L75ms all-in-one, a reimagining of the archetypal Hi-Fi system which also shares the Classic look, creating a cohesive feel across the two products.

Coming on the heels of the L100 and the L82 Classic, the L52 Classic is a two-way design utilising a 0.75-inch titanium dome tweeter mated to an acoustic lens waveguide and a 5.25-inch white cone, cast-frame woofer.

A front panel HF level attenuator allows the sound to be tailored to the environment and there’s bass-reflex via a front-firing tuned port. Meanwhile, a premium crossover ensures optimal system performance while the 75 years of JBL engineering prowess delivers a large sound stage for those that do not have the space for the larger Classic series models.

Apropos, the compact L52 Classic boasts a size that allows it to work in a variety of applications from stand mount to bookshelf and from tabletop to wall mounting via the threaded inserts on the rear. Plus its appearance echoes that of its larger siblings with a walnut wood veneer enclosure and a Quadrex foam grille available in a choice of black, blue, or orange.

Jim Garrett, Sr. Director of Product Strategy and Planning for Harman’s Luxury Audio business unit said, “The L52 Classic is such a compelling proposition with its big sound, small size, and attractive pricing.” He added, “For the music lover, you get a phenomenal sounding loudspeaker with a premium design and the legacy of 75 years of JBL as the guarantee of high-performance and quality for years of listening pleasure.”

The JBL L52 Classic speakers will be available in Q4 at a price of £1,000 per mirror-imaged pair.

There’s a modern take with a retro look for JBL’s L75ms Music System, and the Classic-inspired walnut wood veneer cabinet finish and black Quadrex foam grille provides the housing for thoroughly up to date acoustic technology, including Hi-Res audio capability and a wealth of wired and wireless connectivity.

The L75ms contains a pair of 1-inch titanium dome tweeters with waveguides, a pair of 5.25-inch white cone woofers with dual front-firing ports, and a 4-inch central midrange driver. Each driver has a dedicated channel of amplification and DSP tuning to deliver a wide soundstage across a large listening area and this is supported by the multi-angled baffle that brings to mind the curved shapes of famous JBL heritage models.

There are plenty of control options too, ranging from the top mounted aluminium control panel, the included remote control or wireless connectivity to a Google Chromecast, Apple AirPlay 2, or Bluetooth enabled device.

Garrett commented, “The L75ms Music System will attract new customers who want incredible sound but without all the complexity and clutter of a component system.”

Moreover, JBL has partnered with audio streaming service Qobuz to offer a free 90 day trial of the premium subscription service including a playlist of songs used by the engineering and product teams during the development of the L75ms.