DAC's the way to do it 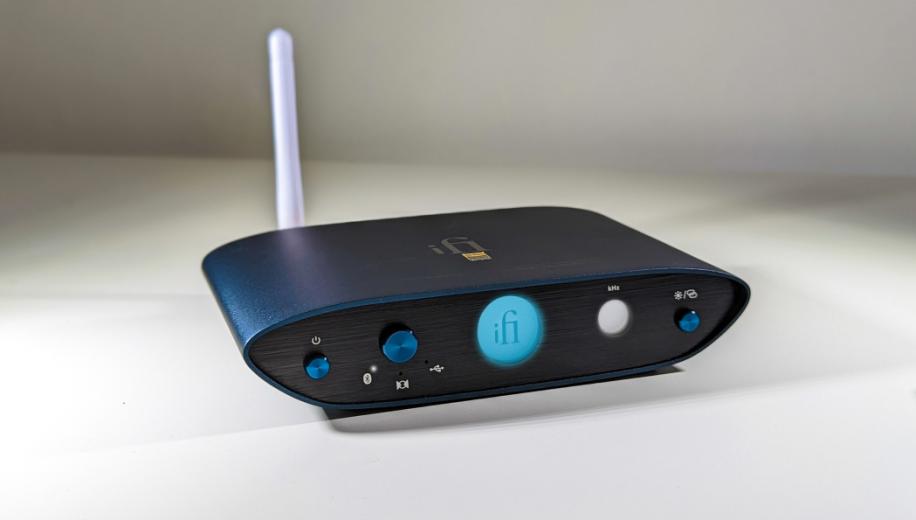 iFi Audio, introduces its ZEN One Signature, a DAC with universal connectivity for getting the best out of every digital device in a home audio environment.

The Signature range from Southport’s finest, iFi Audio, already features the ZEN DAC Signature USB headphone amp and ZEN CAN Signature analogue headphone amp alongside the Micro iDSD Signature DAC, and the company now expands this premium grade range with the addition of the ZEN One Signature.

The ZEN One Signature operates as a pure DAC (i.e. no built-in headphone amp or volume control) to take the digital audio signal from any device, via cable or Bluetooth, and convert it to analogue to feed to an external amp and speakers. To facilitate this, the comprehensive input options include the DAC stage from the ZEN DAC V2, Bluetooth technology from the ZEN Blue V2 plus S/PDIF inputs (optical and coaxial) alongside a USB port. These are coupled with high-quality internal components and iFi’s class-leading circuit design.

The preferred use of a Burr-Brown DAC chipset taps into the expertise that iFi’s technicians have developed through its continued presence in the company’s products. Coupled with a low-latency, 16-core XMOS microcontroller, the DAC stage can leverage the latest generation of iFi’s GMT (Global Master Timing) femto-precision clock and intelligent memory buffer to help reduce jitter.

Hi-Res Audio encompasses 32-bit/384kHz PCM over USB (192kHz over S/PDIF), all levels of DSD to DSD256, and single- and double-speed DXD. The Burr-Brown DAC chip’s four-channel True Native design allows the PCM and DSD to take separate pathways such that everything remains ‘bit-perfect’ in its native form right through to analogue conversion. Meanwhile, full decoding of MQA files up to 384kHz is supported, useful for users who have access to MQA files on a streaming service such as Tidal.

The ZEN One Signature makes full use of Qualcomm’s latest four-core QCC5100 Bluetooth processing chip and every current high-definition Bluetooth audio format is supported, including aptX Adaptive and aptX HD, LDAC and HWA/LHDC. Other codecs covered include regular aptX and aptX Low Latency, AAC and SBC. Up to eight paired Bluetooth source devices can be stored in memory, and Bluetooth v5.1 compliance ensures improved range, stability and performance.

The Signature-level ZENs all feature enhanced true-differential balanced topologies and the ZEN One Signature is no different. Key surface-mounted components have been upgraded to high-end devices, and the design has been refined to ensure short, direct signal paths for better sonic detail and expression.

Power can be supplied over USB from a connected device such as a laptop, or directly from the mains via an AC/DC adapter. However iFi says optimum performance is provided by the company’s ultra-low noise iPower2 DC power supply, which is included in the price (£69 when purchased separately).

Switching between the USB, S/PDIF and Bluetooth inputs is facilitated by front panel buttons mounted alongside the main On/Off button plus colour-changing LEDs which indicate the incoming audio format and sample rate. A further button switches the LEDs on or off, as well as activating the Bluetooth pairing mode.

The back panel features an asynchronous USB Type B port, two S/PDIF inputs – optical and coaxial with the latter doubling as a digital output. There’re also RCA analogue outputs which are joined by a balanced 4.4mm output, enabling fully balanced connectivity with a suitably equipped amplifier.

Sporting the same Deep Space Blue aluminium enclosure as the rest of the ZEN Signature range, the iFi Audio ZEN One Signature is available from 14th January at an RRP of £349.