Who Go-ing for gold? 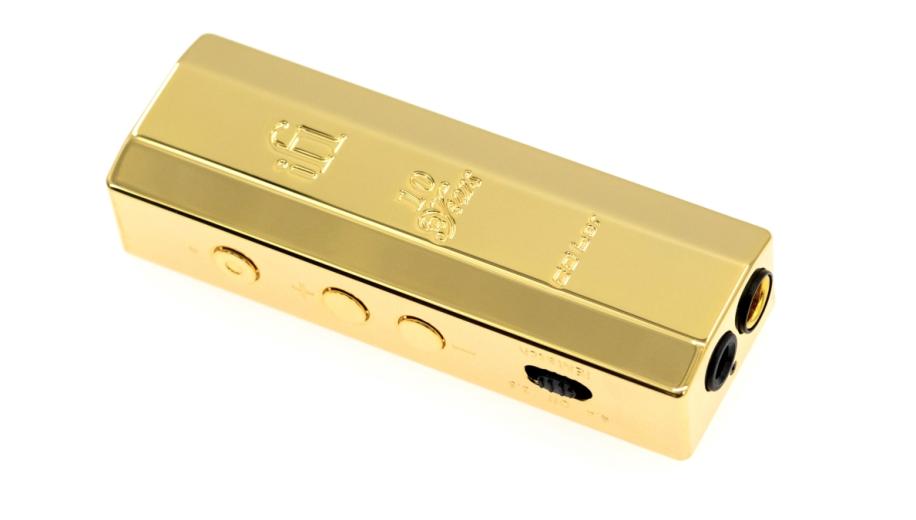 UK DAC specialist iFi Audio has announced the release of a new addition to its Go Series of ultraportable DAC/headphone amps, with the Go bar promising to take the “big sound in a small package concept to a whole new level”.

The new arrival follows the introduction of the Go blu last year, with the new bar offering up a similarly pocket-friendly solution, measuring just 65mm in length and weighing less than 30g, making it a more mobile option than the likes of iFi’s recently announced Zen Air range. Unlike the blu, which focused on Bluetooth connectivity, the new Go bar targets USB devices for pure performance on just about any compatible product, with a USB-C input at one end and 4.4mm and 3.5mm headphone outputs at the other – the latter using iFi’s own S-Balanced tech to cut noise and crosstalk by up to 50%.

The DAC boasts a 16-core XMOS microcontroller to process the data from the USB, with the firmware optimised to run alongside the Cirrus Logic DAC. It supports hi-res PCM up to 32-bit/384kHz, plus DSD64, 128 and 256, and single- and double-speed DXD, while maintaining the DSD data in its true native form (rather than converting to PCM). The Go bar also offers full MQA decoding, with iFi pointing to its healthy compatibility with Tidal’s HiFi Plus tier and its Tidal Masters (MQA) content.

On the analogue side it features a balanced design with a symmetrical twin-channel output, and includes components such as TDK C0G ceramic capacitors, Panasonic’s OS-CON aluminium polymer capacitors, and Taito Yuden and Murata inductors. The amp boats an output of 550mW into 64 ohms, and 7.5V into 600 ohms, while the Go bar also incorporates IEMatch to fine tune the power for high-sensitivity headphones, while Turbo mode ups the gain by 6dB for more demanding models.

The Go bar comes with four bespoke digital filter options – Standard, Bit-Perfect (non-oversampling), Minimum Phase and GTO (Gibbs Transient Optimised) – with XBass+ and XSpace modes for analogue processing. The smart alloy casing even comes with it own controls, including a volume adjustment that can be synchronised with the source device, plus coloured LEDs to keep you informed of the key elements in play.

As well as its standard alloy finish, iFi Audio is celebrating its 10th birthday this year and has decided to mark this occasion with a gold-plated Anniversary Edition of the Go bar, using a copper chassis that further adds to its build quality and electrical shielding – but also doubling the weight to 64g.

It doesn’t double the price but there's still around a 50% jump, with the standard iFi Audio Go bar available from 20 May priced at £329, with the Anniversary Edition set to follow in June for £499. The gold-plated version will be limited to a run of 1000 pieces, so if you wanted to add a little more bling to your portable audio set-up, you might want to keep an eye on the iFi Audio website for updates. So, who’s tempted and if you are should you Go for gold or keep your bar tab to the minimum?