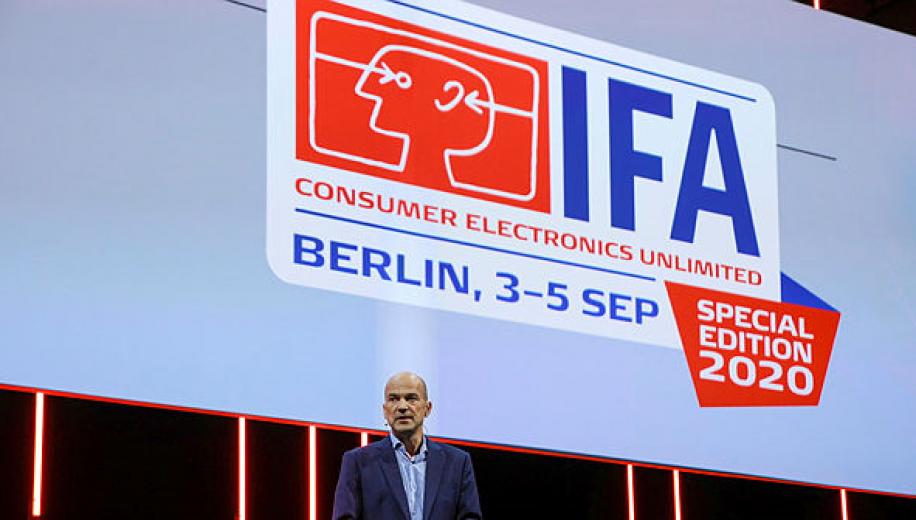 Following a mixed digital and physical format in 2020, the IFA tech show will return as a full, in person experience this coming September, say the organisers.

In response to the pandemic, many exhibitions, shows and festivals that took place in 2020 were forced to cancel or reformat and the annual round of technical and consumer electronics shows were no different.

Last year, IFA, Europe’s largest consumer tech show, was forced to adopt a scaled down on-site show accompanied by an amplified online presence. Now, the show’s website is stating that the organisers will ‘See you at the most inspiring global tech event’ between 3-7th September, indicating that IFA is back in a live format at the show’s usual home in Berlin.

Although regarded as a success under the circumstances, 2020’s affair saw an understandable drop in visitor and exhibitor numbers with many tech journalists commenting they enjoyed the digital access but missed the hands-on, in-person experience, so the news of ‘back to business’ will please many in the industry.

Already a number of exhibitors have expressed early support including Blaupunkt and Metz, while Miele Group executive director and co-proprietor, Dr Reinhard Zinkann said: “IFA in Berlin is one of the most inspiring highlights in our diary every year. We are delighted to be taking part in 2021 and look forward to seeing each other again.”

Jens Heithecker, IFA's managing director, commented, “We are overwhelmed by the extremely strong commitment of our partners.”

However, it’s likely the major global consumer electronic brands will be keeping a close eye on developments before committing.

While the hope is that the rollout of vaccine programmes will go a long way towards restoring normality, many trade shows are still having to change their annual plans. This year’s CES was an online only event, while 2021’s Munch High End Show has been moved from May to September and Mobile World Congress will move from its usual spring slot to June. Meanwhile, Integrated Systems Europe (ISE) has moved from February to 1-4th June and this year’s Bristol Hi-Fi Show has been cancelled altogether.

Let us know what you think of this move by IFA to hold its annual show as normal. Too soon to announce or a bold commitment?