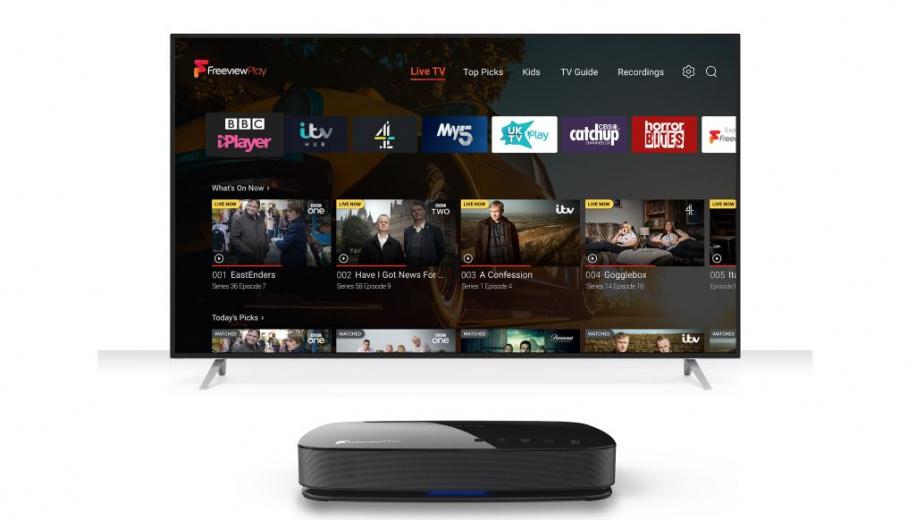 Powered by the ultra-fast Android platform and with 4K HDR picture quality, the AURA brings a wealth of features to the subscription-free and top-up TV viewing experience, including Google Assistant, Chromecast built-in, access to Google Store and over 70 free channels.

This equates to more than 20,000 hours of on demand content and over 700 box sets to choose from, so to help viewers search, find and access the content they want, Channel 100 is home to the Explore Freeview Play interface. This is home to a universal search function and hand-picked content recommendations. There’s also a seven day TV guide with scroll back functionality. Creating a personalised home screen is also possible as AURA allows app icons to be moved around easily, keeping all frequently used apps and content in one place.

Moreover, for viewers who would like access to even more choice, the AURA provides the option to top up viewing with paid streaming services such as Amazon Prime Video, Disney+, BT Sport and Google Play Movies, and explore and choose from a huge variety of apps and games to download from the Google Play Store.

AURA’s three digital tuners allow live TV to be paused and rewound while up to four programmes can be recorded at once while the user watches another live channel (though this can be dependent on the channels being recorded and regional variations). There's storage for up to 1000 hours of content on the larger 2TB drive option, though storage capacity will depend on the resolution of the recorded material.

Set up is straight forward and logging into the user’s Google account will present access to all their downloaded apps, YouTube settings, music downloads, as well as Google Home connectivity.

Control of AURA is possible via the app, which is available for iOS and Android devices, so reminders and recordings can be scheduled which can later be enjoyed on mobile screens. The included remote control offers several quick access ‘hot keys’, including a Google Assistant button, TV Guide button plus dedicated keys for Android Home, Amazon Prime Video and the specially curated Humax Kids’ Zone.

Once activated on the remote control, the integrated Google Assistant allows access to information about weather, travel and news along with options to control the volume and channel on AURA and to connect to other smart devices around the home - all by simple voice commands.

Chromecast built-in means content such as photos, videos and music can be streamed across the home Wi-Fi to AURA from other devices such as laptops, tablets or mobile phones.

Rob Peacock, director at Humax, commented, “AURA is designed to sit at the heart of a family’s home entertainment experience. The very first Freeview Play Recorder to be built on the Android TV platform, it provides a fully integrated environment that reflects the preferences and favourite content of the individual or family.”

Available from November at Currys, Argos, Amazon, very.co.uk, Richer Sounds, Euronics (CIH) and Humax Direct, Humax AURA has a SRP £249 for the 1TB model and £279 for the 2TB model.