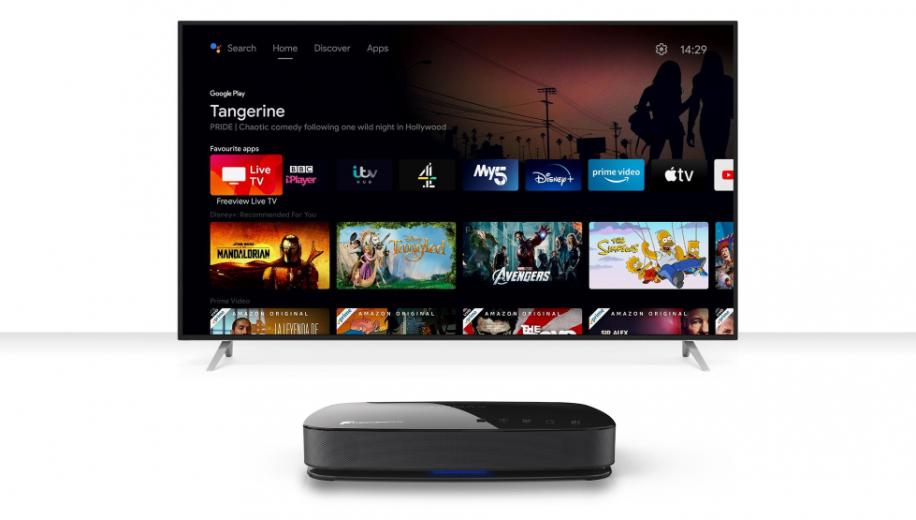 The latest firmware update for the Aura 4K Android TV recorder brings a whole host of features including the Apple TV app, support for NOW, an enhanced user experience and bug fixes.

Humax has announced firmware 9.21, a significant update for its Android TV-based Aura UHD Freeview Play Recorder, which expands the services available and improves the overall experience.

As well as numerous audio and video performance enhancements and bug fixes, Humax has confirmed the availability of the Apple TV app on its device. This will allow viewers to stream purchased or rented content including blockbuster movies, box sets and music directly to their TV.

In addition, Sky’s separate on demand and contractless subscription service NOW can be viewed on Aura through Chromecast, providing a host of additional sports, movies and shows from broadcaster Sky.

The firmware will update automatically when the product is in standby mode, or can be activated manually through the settings menu.

The main list of features and enhancements listed in the Human press release is reproduced below:

Upgraded ‘Top Picks’ and ‘Now & Next’ guides
﻿AURA now includes a more dynamic Top Picks recommendations guide and Now & Next sections with enhanced menus that are easier to navigate.

Lip sync outside of live TV
﻿Users can adjust lip sync settings in their favourite apps such as YouTube or Amazon Prime Video.

Additional audio passthrough formats
﻿Support for audio formats such as DTS, DTS HD and Dolby TrueHD (with Atmos) through compatible surround sound setups has been added.

Media player compatibility
﻿Now supports audio passthrough and audio delay in other media players for improved compatibility, such as VLC, Kodi and PLEX.

Colour settings menu
﻿The settings option now shares a similar look and feel with other menus.

If you’ve updated your Humax Aura to v9.21, we’d love to hear what the new experience is like so why not drop into the comments section and leave your thoughts.