Not smart enough to avoid a leak! 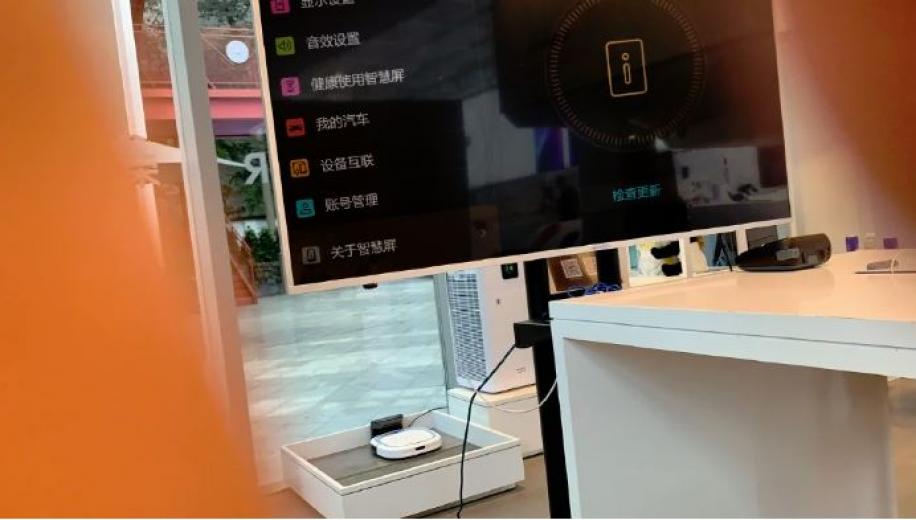 Ahead of Huawei’s annual developer conference, HDC 2019, the expected announcement of sub-brand Honor’s new Smart Screen TV has been preceded by a leaked image of the screen.
Reported at GizmoChina.com, the surreptitiously taken image shows a screen with what looks like a setup menu. It’s been speculated that this is Huawei’s in house HongMeng OS which has been designed for use with the upcoming Smart Screens and may also appear on Huwawei’s Android-less smartphone later in the year.

Given the incomplete nature of the photo, all that can really be gleaned is that the screen itself appears to be in line with the quoted 55-screen size, it seems to have a white bezel and is mounted on a rather corporate looking stand, rather than using any kind of consumer TV stand such a plate or feet.

The Honor Smart Screens have already been confirmed as the first devices to use the HongMeng OS and the onscreen information shown in the image has been established as showing functions such as display and sound settings, connected devices and account management on the left, and a software update section on the right.

The site indicates that feedback from some users mentions a user experience ‘like never before.’

Previous technical specifications and features confirmed by Honor’s President, George Zhao include a popup camera which will use AI and face recognition, perhaps as a login mechanism for multiple account users. The camera may also be used to make video calls and to capture images. In addition, the Smart Screen will move away from the Kirin processors used in the Huawei and Honor smartphones and use the Honghu 818 chipset co-developed with Baidu.

Despite these technologies, it looks like the display is part of a category being described by Honor as 'Smart Screens' and the lack of a ‘TV’ element to the nomenclature may be a hint as to the overall emphasis on connectivity and smart operation rather than simply an entertainment viewing device. Zhao has been quoted as saying that Honor wants to innovate the industry and so will be offering much more than a traditional TV and previously released marketing seems to back this up.

What do AVForums members think of Honor’s proclamations? Easy enough to say, harder to do. What sort of innovations would you like to see in addition to a quality TV experience?