House of Mouse heads to Hisense 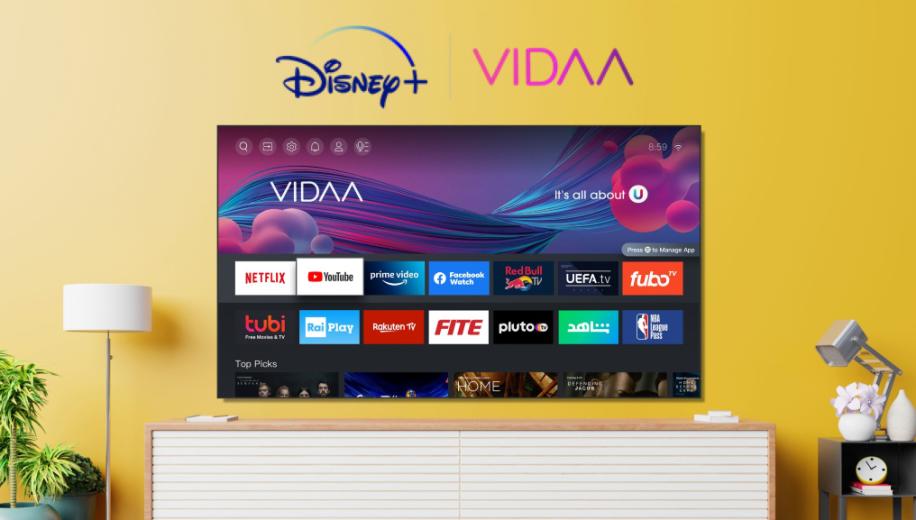 Hisense is rolling out the Disney+ streaming service across its 2021 range of VIDAA powered TVs.

The global TV giant has announced that it will be adding Disney’s extremely popular video streaming platform to "its smart TV range with the latest firmware update.” According to the company’s press statement, this software update will be “rolled out to all applicable TV’s in the coming weeks.”

The ‘applicable’ models mentioned include Hisense’s 2021 TV range which includes the headlining A9G which combines OLED display and HDR technologies, as well as the Mini-LED quantum dot based U9G and 4K ULED U8G. The company’s mid-range TVs such as the A7GQ and the A6G will also be able to take full advantage of Disney+’s content with their quantum dot image and support for 4K HDR, Dolby Vision and Dolby Atmos, meaning a more cinematic experience will be delivered when watching Disney’s latest Marvel and Star Wars shows and movies.

Hisense’s 2021 TV models run VIDAA U5.0 and with the key phrase ‘latest firmware update’ there’s no clarification whether the Disney+ app will be supported in models running older versions of Hisense’s proprietary smart OS, though Guy Edri, EVP of VIDAA USA said, "Our cooperation with The Walt Disney Company is a major milestone for our organization. Bringing Disney+ to the VIDAA platform globally is just the first step.

“We’re looking forward to working with Disney on ways to expand our collaboration and opportunities to bring their full suite of streaming services to our customers in the future.” This does appear to give an indication that the rollout may go beyond just the latest range of TVs.

Meanwhile Arun Bhatoye, Head of Marketing at Hisense UK, said, “We are thrilled to announce the introduction of Disney+ on our TV range with the VIDAA platform.” He further added, “All of our new models are packed with features to bring sound and picture to life without compromise and Disney+ helps elevate our offering even further.”

If you’ve received the latest firmware on your Hisense TV, leave a comment in the thread to let others know how you’ve got on with the update.