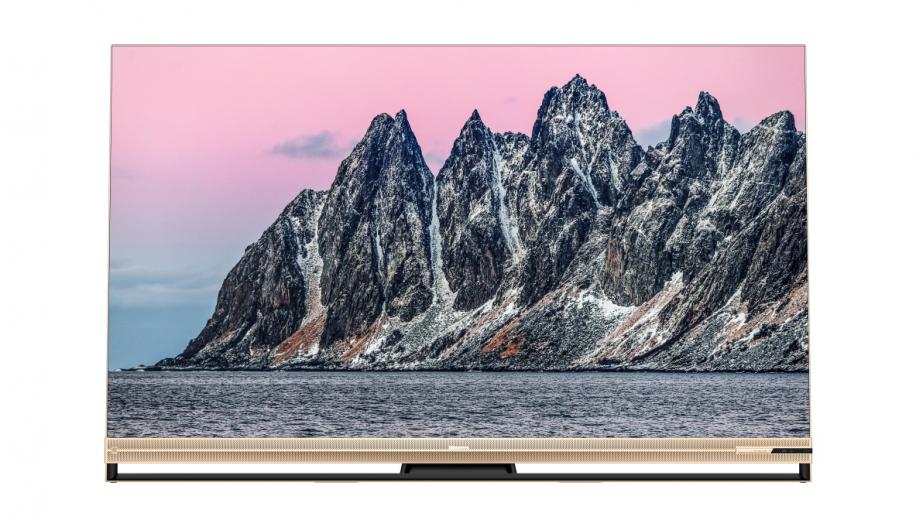 Celebrating the company’s 50th anniversary, Hisense has pulled out the stops to bring an exciting TV line up to Berlin this year. Alongside its current European TV line up will be a look at the company’s Laser TV technology and the new Dual Cell ULED XD panels that form part of its premium 4K and 8K models.
Hisense has certainly been making its presence felt globally with OLED releases in the UK and Australia, while its Quantum Dot enhanced H8F and H9F ULED models became available in the US and the ULED XD dual layered U9E launched in China.

The company is now bringing its latest Dual Layer ULED XD design plus its range of Laser TVs to IFA 2019 alongside the 2019 European line up of its U7B and U8B ULED and O8B OLED TVs.

Hisense’s projector-based technology forms the basis of the 100L5 Sonic Screen and L9 TriChroma Laser TV models which incorporate a TV tuner to enable access to live TV along with a high brightness performance so they can be watched in the more normal ambient lighting conditions of a living room rather than in a darkened home cinema environment. Powered by a Texas Instrument DLP chip, the 100L9 and 75L9 Laser TV TriChroma models feature Hisense’s brand new three light X-Fusion Laser Light Engine (Red, Blue, Green) which produces a pure and wide colour gamut without recourse to a phosphor wheel. Using this approach, the L9 Laser TVs can achieve 100 percent of the Rec 709 and DCI-P3 colour gamuts along with at least 98 percent Rec.2020 and it is the first product to attain the colour space included in the new Rec.2100 standard. Hisense is confident this technology helps the L9 TVs reach a near infinite array of colours plus pure white. Additionally, the L9 creates a more natural viewing experience by using an Ambient Light Rejecting Screen, which sounds suspiciously like a posh anti-glare treatment. Moving from innovations in colour reproduction to those for audio, the 100L5 Sonic Screen Laser TV produces sound directly from its screen using a Distributed Mode Loudspeaker (DML) housed in the screen itself. Hisense quotes a frequency range of 40-18kHz and the DML diaphragm reproduces sound by vibrating in a complex pattern over its entire surface, guaranteeing a consistent output level and undistorted time response in all directions. Sony uses a similar approach with its Acoustic Surface Audio, whereby the sound appears to be coming directly from the objects and characters on screen, adding to the feeling of immersion. For example, Hisense’s new 8K model, the 85U9E uses its 8K Super Resolution Upscaler to produce the best possible image when showing content from a 4K source and its Hi-View Engine provides real-time control over the 85U9E’s 1,694 dimming zones. The Hi-View Engine combines a new picture processing chip with intelligent algorithms to continuously analyse and adjust motion and brightness to provide optimum image quality on a moment by moment basis. When combined with wide colour gamut offered by the use of Quantum Dot technology, Hisense reckons the 85U9E offers a premium 8K experience. However, the technological strides forward don’t stop there and the 8K 85U9E and its smaller sibling, the 4K 65U9E, are both Dual Layer ULED XD models. This means that their displays are created by a combination of two LCD panels placed over a backlight. The first LCD is a 1080p monochrome panel designed to modulate luminance in terms of dimming and contrast, the second is a regular 4K LCD panel to control the colour. Contrast ratios of 150000:1 can be achieved and since each scene is replicated across both panels, backlight optimisation using up to 5 chips means ULED XD TVs can offer more than 1,000,000 local dimming zones delivering increased contrast, detail accuracy and depth.

With plans to sponsor its third international football competition in the form of Euro 2020 (after Euro 2016 and the 2018 World Cup) Hisense is looking serious about its technology and its plans to get it to the consumer, and IFA 2019 seems to be the place where it’s all kicking off.

Earlier this year, AVForums was invited to Hisense’s UK headquarters in Leeds for a look at its first OLED, the O8B, and its 2019 ULED model line up for the UK, including the U7B and U8B models. All three will feature Dolby Vision and Dolby Atmos for the first time as well as the Unibody design, single stand and the Vidaa U 3.0 platform. See the video below for more details.


Do any AVForums members have a Hisense TV? If so, pop into the discussion thread and let everyone know what you think of it. Or, if you’ve never really considered Hisense in the past, would these latest models make you think again?