After the fumble Down Under, Hisense OLED TVs set sail for Europe. 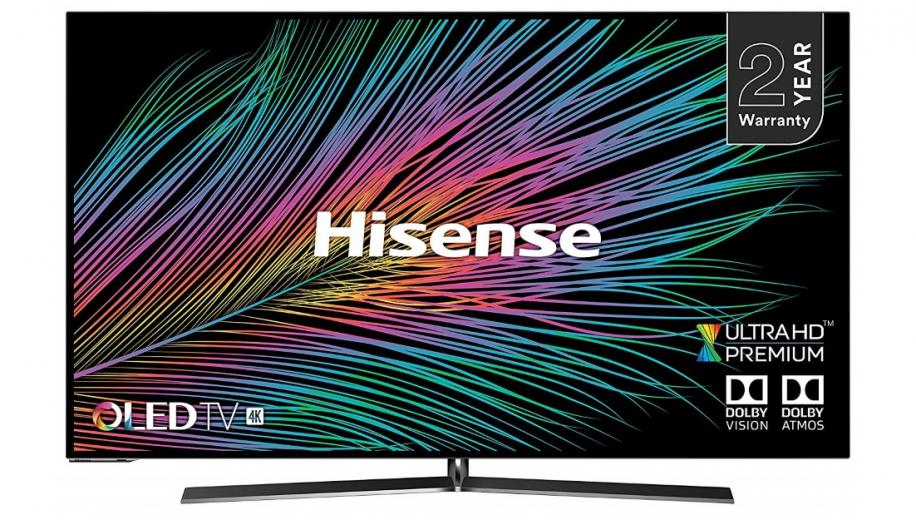 Hisense H55O8BUK OLED TV (2019)
SRP: £1,199.00
After disappointing sales in Australia, Hisense has made its 55-inch OB8 4K OLED TV available for preorder in the UK and the prospect of recouping some sales in the more buoyant European market seems to have led to competitive pricing.
As reported by AVForums back in April, plans for Hisense to launch their OLED model for 2019, called the H55O8BBUK in the UK, have now come to fruition with pre-orders available on the Amazon UK website at £1,599.

Hisense has made this price point extremely favourable, with 2019 OLED TVs from other manufacturers coming in at much higher prices, for example, LG’s OLED55C9 retails at £2,499. At nearly £1000 cheaper, TV fans keen to experience OLED technology now have a new entry point to consider. It's also worth noting that prices for LG’s more affordable entry-level B9 models have yet to be announced but these could be expected to be closer to Hisense’s starting point given the use of last year’s Alpha 7 Gen 2 CPU.

The H55O8BBUK model features Premium UHD certifications and is powered by a quad-core processor which enables support for Dolby Vision dynamic HDR as well as static variants HDR10 and HLG. The image is supported by 10bit picture processing, 120Hz refresh rate and 200 Smooth Motion Rate. OLED sets are typically very slim due to the lack of backlighting requirements and the all-metal design of the OB8 is no different.

AVForums recently visited Hisense at their UK headquarters and spoke to them about their latest TV plans which also includes the upcoming the U7B and U8B ULED models, and more.