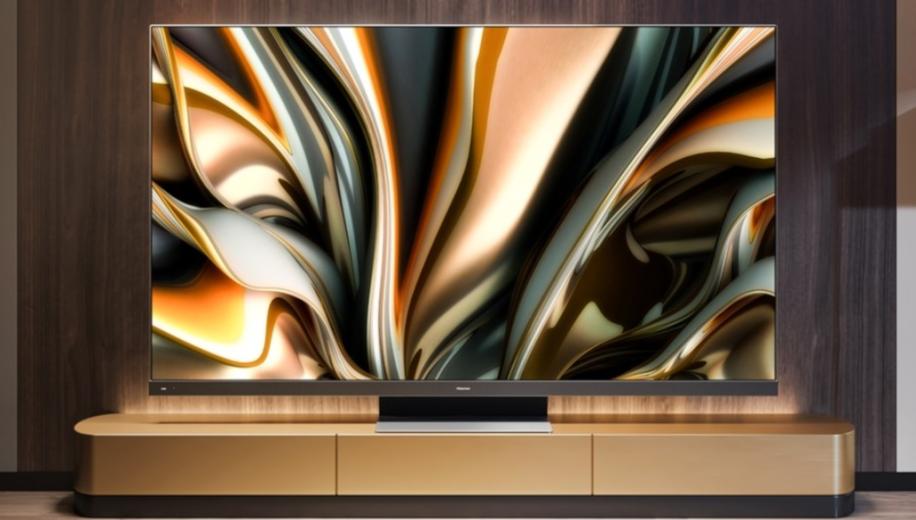 Hisense has announced the launch of its latest 4K Ultra HD OLED TV, with the A9H also joined by a new A85H model.

As some of you may have guessed, the A9H is the follow up to last year’s A9G OLED TV. It wasn’t a part of the company’s CES announcement line-up which focused more on its MiniLED and Laser TVs, but Hisense tends to like a summer unveiling for its OLEDs, as we saw with the A9G last year, along with several of its siblings.

The A9H looks very much like a natural evolution over its predecessor, adding HDMI 2.1 to its list of inputs, which is always good news for gamers, among others. With the A9H and A85H sharing a decent overlap in specification, the former appears to only be available in a 65-inch model at least in the UK, with the latter coming in both 55-inch and 65-inch options. There's a contradiction on the Hisense website, with A9H listing suggests a peak brightness of 800 nits – the same as the A85H - while the specifications give it as 1000 nits, so you might want to double check with your local dealer.

On a rather clearer note, the A9H has support for the likes of HDR10 and Dolby Vision IQ. It also offers a 120Hz native refresh rate and Motion Estimation and Motion Composition (MEMC) and a Sports Mode to keep your preferred slice of action running nice and smoothly, while a dynamic algorithm also helps to remove any unwanted noise from the frame. There’s also a UHD AI Upscaler to make the most of any 2K content in a “near 4K effect”.

Along with two HMDI 2.0 inputs, USB, Wi-Fi and Bluetooth, the two HDMI 2.1 ports also include eARC (one only) and enables Hisense’s Game Mode Pro to support Auto-Low Latency Mode (ALLM) and variable refresh rates (VRR) with minimum lag (<20ms), backed up with AMD FreeSync Premium and Dolby Vision. On the audio side, the A9H supports DTS:X and Dolby Atmos, with a combined output of 80W, and uses the company’s own Sonic Screen technology to better project the sound around the room. One of the few key differences with the A85H is that is comes with a slightly scaled-down sound system.

In terms of design, the A9H doesn’t reinvent the wheel, using a similar style to the A9G with the speaker strip housing the four front-firing speakers across the bottom (with two up-firing ones at the top) and an Ultra Viewing Angle boasting a 178-degree angle of visibility. While the American models will be Google TVs, the European versions will come with Hisense’s own new and improved version U6.0 of its VIDAA platform. It comes with Google Assistant and Alexa compatibility, along with access to the likes of Netflix, Amazon, AppleTV+, and Disney+.

Both the Hisense A9H and A85H are available for preorder now, with the 65-inch A9H retailing in UK outlets for £2,299, and the 55-inch and 65-inch A85H listed at £1,499 and £1,999 respectively and delivery expected by 9th July. You can find out more on the Hisense website, along with links to its regional distributors who’ll hopefully paint a slightly clearer picture of all the specs on offer!