‘Creating a TV for everyone’ 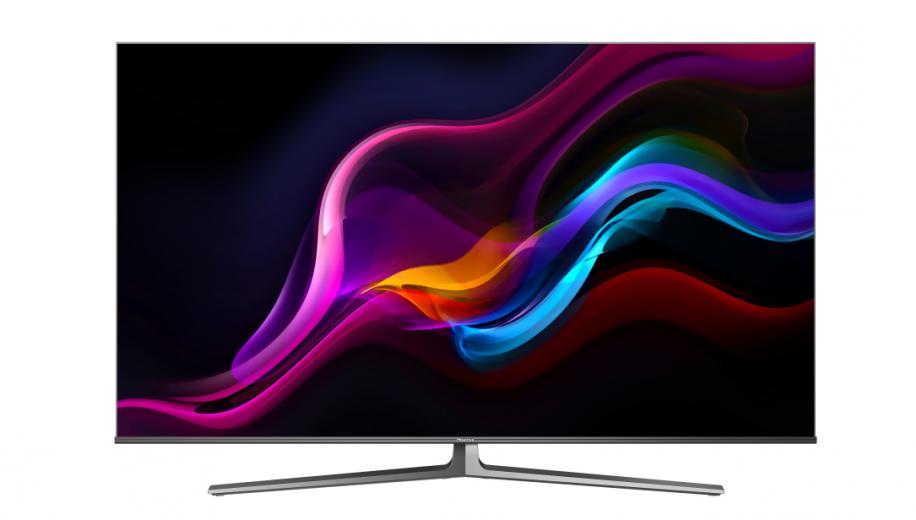 After unveiling its US TV offerings for 2021 earlier this month, Hisense has revealed its plans for the UK and they include a range of display technologies including OLED, Mini-LED and Quantum Dot.

2021 is, by Hisense’s own admission, an important year for the company with over 20 new TV launches and the sponsorship of the postponed Euro 2020 football tournament starting on 11th June.

In preparation for this, the TV manufacturer has revealed the models planned for the UK in 2021 in support of its ‘Creating a TV for everyone’ mission statement.

The flagship models will see Hisense bring its first Mini-LED screen, the 75-inch U9GQ ULED, to the UK. Plus, after 2019’s O8B, there’s the return of an OLED model in the form of the A9G which comes in 55- and 65-inch screen sizes and features an advanced software algorithm that Hisense claims can prevent pixel burn-in.

Coming just below these the company presents the 55- and 65-inch ULED 4K U8GQ Quantum Dot models which replace last year’s U8QF, while 2020’s U7QF model keeps its position on the board for another year.

According to the TV giant, the Mini LED panel of the U9GQ boasts over 10,000 LEDs in more finely defined zones which means the Full Array Local Dimming Pro technology has far more control over the brightness of the image which can reach a peak level of 3,000 nits.

Moreover, since the U9G also uses Quantum Dots, there are over a billion colours available leading to what the company describes as a more lifelike image with improved richness and greater subtlety in shades, hues and tones. This is the same for the ULED U8GQ which uses QD technology too along with Full Array Local Dimming Pro to control over 100 zones in support of its 1000 nit peak brightness.

All three ranges support Dolby Vision and HDR10+ dynamic metadata HDR alongside HDR10 and HLG to allow the widest coverage of HDR content, while Dolby Vision IQ uses the built-in light sensor to dynamically adjust the image to the lighting conditions in the room while remaining appropriate to the type of content being displayed.

Further down the playing field in the mid range slots, the ULED nomenclature is dropped but the A7GQ and online-only E7GQ series for 2021 retain Quantum Dot technology for the associated improved colour and come in screen sizes of 50- and 55-inches. Additionally, the A7G has 43-, 65- and 75-inch models.

Hisense has made sure a number of features extend throughout the range from the very top right down to the entry level A6G series, including Dolby Vision and Dolby Atmos support. There’s also Hisense's own AI Picture Optimization (AI PQ) technology which the company claims automatically captures and identifies the contents of every frame - from faces to food and landscapes to architecture - and optimises the image quality settings by referencing a cloud-based image database.

Gamers will be pleased to hear that the 2021 models feature a Game Mode which aims to provide an improved gaming experience with Auto Low Latency Mode (ALLM) and Variable Refresh Rate (VRR) while the Game Mode Pro of the U9GQ switches off MEMC and other PQ adjustments to allow a lower latency for what the TV manufacturer say is more instant responses, minimal motion blur and reduced halo effect.

Providing access to content from Netflix, Prime Video, YouTube, Freeview Play and more is Hisense’s own Vidaa U5 OS which uses Alexa Built-in and Google Assistant and also delivers results via a universal search.

The company has also confirmed that it is adding a range of its L5 Laser TVs to its 2021 lineup. This includes the 88- and 100-inch models which both utilise an ultra short throw engine, ambient light rejecting screens and smart TV functions with Freeview Play.

Arun Bhatoye, Head of Marketing at Hisense UK, said: “We are thrilled to be launching our new 2021 TV range. We’ve aimed to create a TV for everyone with a wider range of technology than ever before - whether you’re looking for the latest in Mini-LED, cinema quality laser technology or an entry 4K TV. All of our new models are packed with features to bring sound and picture to life without compromise.”

The models that have been confirmed are due for release in June.