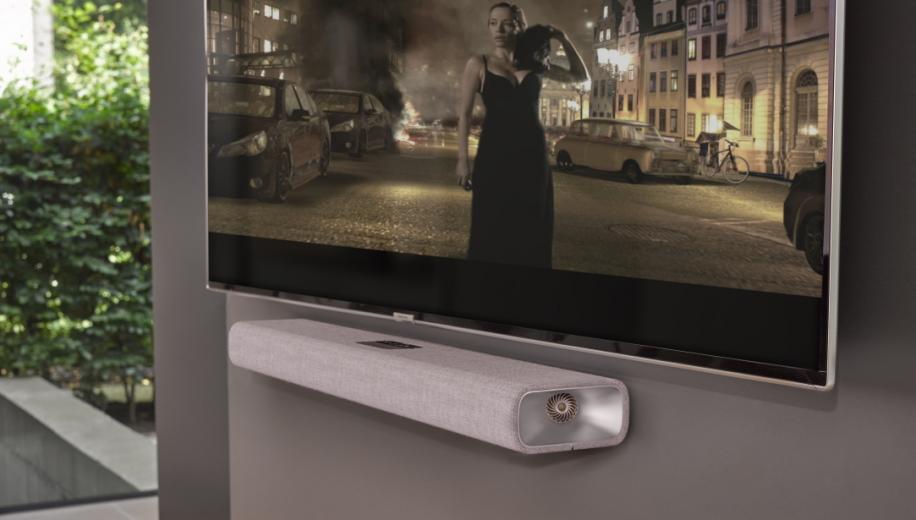 Harman Kardon has been busy putting together its 2020 lineup of audio offerings and, with a new Citation soundbar and subwoofer ready, has also been taken under the wing of the Harman Luxury Audio Group.

The Citation range, which was launched in 2019 with a view to delivering best-in-class audio performance, together with elegant build, welcomes the upcoming Harman Kardon Citation Multibeam 700 soundbar.

Designed as a compact model, the Multibeam 700 soundbar houses seven drivers, features HDMI connectivity and uses MultiBeam surround sound technology with room calibration. It also comes with a full colour LCD display and can be partnered with another new product, the Sub S which is Citation’s new wireless subwoofer, capable of delivering 100W of power.

Also part of the lineup is the Citation 200, a wireless ‘counter top’ style speaker which has up to 8 hours of playback from a single charge from its accompanying docking cradle. The IPX4 splash proof rating lends the Citation as an ideal audio companion for kitchen and bathroom scenarios or even if you venture further afield to the water’s edge.

Additionally, the new Oasis Bluetooth and Wi-Fi speaker brings plenty of features including a voice-controlled alarm clock, DAB/DAB+ radio and an integrated charging pad which makes it perfect for giving your smartphone a boost.

Harman Kardon’s Citation range has now been added to the Harman Luxury Audio Group (LAG) portfolio of prestigious audio brands, joining the likes of  ARCAM, JBL Synthesis, Lexicon, Mark Levinson and Revel, and from this point on LAG takes on the responsibility of distribution and marketing of the Citation series across the United Kingdom.