The Great and the Good 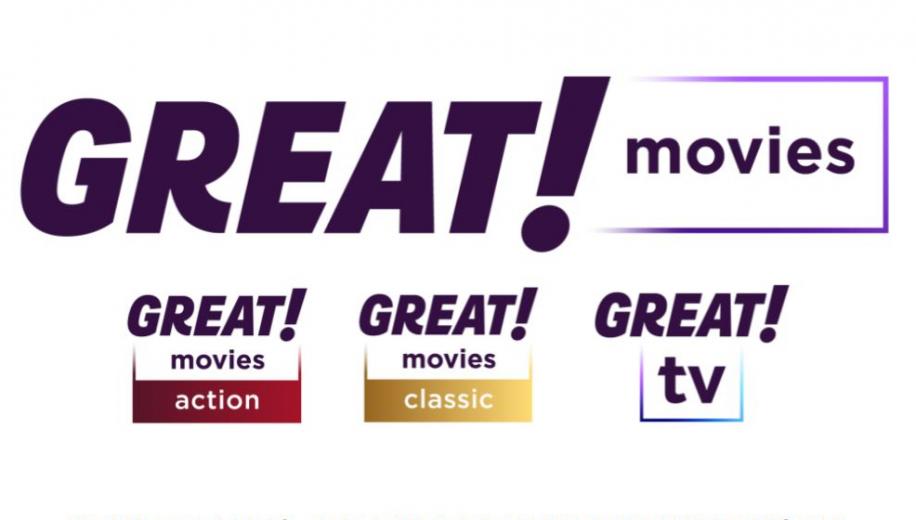 A range of new channels operating under the GREAT! umbrella will launch in the UK on 25th May and will bring together movies, TV series and game shows. The GREAT network will feature an eye-catching look and feel and be available on Freeview, Sky, Virgin Media and Freesat at no extra cost to viewers.

Now acquired by Narrative Entertainment, Sony’s portfolio of film and entertainment channels has been rebranded and will consist of the following:

The home for the very best of timeless cinema and modern movie making will see quality films available for repeated enjoyment including the Oscar-winning musical adaptation of Charles Dickens' classic tale, Oliver!, the classic Hitchcock thriller Psycho, and Sidney Poitier and Katharine Hepburn in Guess Who’s Coming to Dinner.

A celebration of the love and excitement of great drama and entertainment with a familiar mix of scripted series, nostalgic drama and popular gameshows, including series such as Charlie’s Angels and Starsky & Hutch, which were the inspiration for blockbuster movies decades later, plus Murder, She Wrote, Hart to Hart, and classic Who Wants to Be A Millionaire.

From 25th May, there’ll be something to suit your viewing mood.