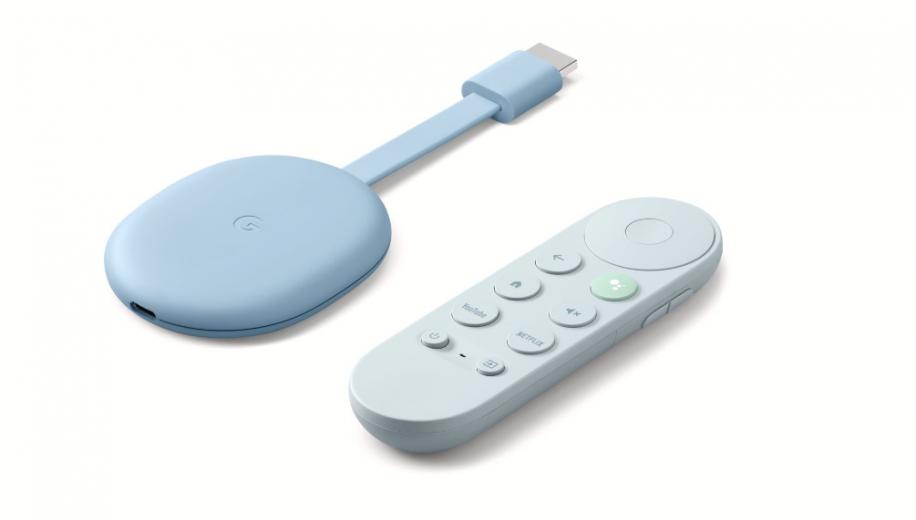 Google’s Chromecast streaming dongle has had a revamp and now comes with a much requested remote and a new browsing and recommendation layer called Google TV.

Google TV sits on top of the Android TV OS and presents a front end that is designed to make searching for content quick and easy rather than a laborious task that can sometimes take as long as watching the actual content. Whether you want to watch movies, shows, live TV or YouTube from the many providers available, it’s easy to arrange your own personalised programme of viewing. Not only that but Google TV will make recommendations based on your viewing habits using the ‘For You’ tab and present a row of tailor made options all on one screen, so there’s no need to go hunting in each separate streaming app.

A new Watchlist function means it’s possible to bookmark movies and shows that you want to save for later. It’s possible to add content to your Watchlist using your phone or laptop on the go so it’s ready for you when you return home.

YouTube TV is unsurprisingly fully integrated and Google says other live TV providers are invited to use the API to add their services too. There’s unlimited DVR functionality and it’s possible to record using your phone. In addition, you can play music from your favourite services and turn your TV into a large frame photo viewer using Ambient Mode. Checking your Nest cameras and doorbells is possible too.

Google TV will be rolling out to streaming devices that use the Android TV ecosystem over time but for now it’s available on Google’s all new Chromecast.

It’s been a long time coming (seven years by the last count) but the new Chromecast, officially titled The Chromecast with Google TV, finally has a remote control which features a standout Assistant button so you can request content, issue play instructions or access smart home functions with your voice. There’re also dedicated Netflix and YouTube buttons and Android’s access to apps and services will remain in place, so for example in the UK, that will include BBC, ITV and My5. Access to Disney+ is also supported, although Apple TV+ is not.

Having the remote also means that viewers won’t have to rely on casting everything from a mobile device or laptop - though that’s still possible of course. Instead, they’ll be able to navigate Google TV like any other TV streaming device.

The Chromecast with Google TV will support 4K HDR content at 60fps, with formats like Dolby Vision and Dolby Atmos supported where available. The dongle plugs directly into a TV’s HDMI port and will need a mains power feed. It connects to the home Wi-Fi, however a hardwired Ethernet connection is available via a separate powerpack should the local wireless network not be up to the streaming task.

One thing that the latest Chromecast won’t do is support the company’s Stadia streaming app, this functionality is coming in 2021.

Available in three colours described by Google as Snow (white), Sunrise (pink) and Sky (blue)  the Chromecast with Google TV is available now in the US for $49.99 and can be preordered in Australia, Canada, France, Germany, Ireland, Italy, Spain, and the UK, where it will cost £59.99 and becomes available in mid October.