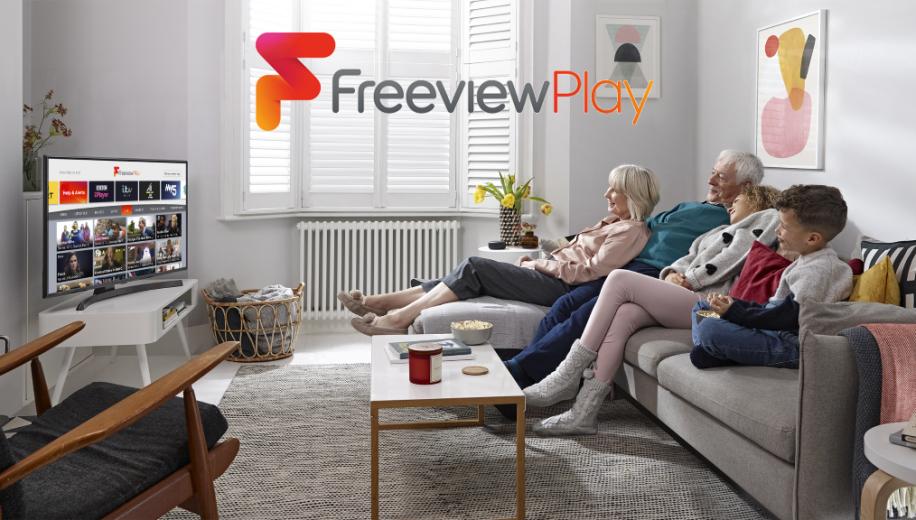 Following sales of over 14 million, Freeview claims to have cemented its position as the fastest growing TV platform in the UK with a presence now in 10 million homes.

Since its introduction in 2015, Freeview’s growth has demonstrated its popularity even as the global streaming sector gained momentum. Though the figures quoted in its press release might sound small compared to the likes of Netflix with over 213 million subscribers and Disney+ with its rapidly expanding customer base currently at 116 million, the UK based operation demonstrates the strong need for an easy to access, subscription-free alternative for many domestic TV viewers.

With access to both live and on-demand programming, viewers are able to switch between catching up with box sets they may have missed such as Vigil and Help alongside must see live moments in news, events and entertainment including I’m a Celebrity..., Strictly Come Dancing and The Great British Bake Off.

Built into the majority of new TVs, Freeview Play has access to over 80 live TV channels alongside ten on-demand players; BBC iPlayer, ITV Hub, All 4, My5, UKTV Play, CBS Catchup Channels UK, Horror Bites, POP Player, STV Player and BBC Sounds. This gives the provision of over 30,000 hours of on-demand content and viewers can make their choices using the universal search function and a carousel of content recommendations on Explore Freeview Play, available at Channel 100. And all this is available for free, with no monthly fees or joining costs.

Owen Jenkinson, Marketing Director at Freeview Play, commented, “Our incredible growth over the past few years reflects the incredible content we have available. There has never been more choice in subscription based streaming platforms, and yet it’s clear that Freeview still offers something unique for viewers. Freeview Play gives viewers the flexibility to get the most out of both worlds, all at no extra cost.”

Freeview Play is part of the digital terrestrial TV platform Freeview, a joint venture between the BBC, ITV, Channel 4, Sky and transmitter operator Arqiva and the viewership milestone comes just as Freeview launches a new flagship TV advertising campaign from 26th October. Viewers will see the campaign which features two comical alien characters across live TV, ITV Hub and All4 as well as YouTube and Facebook VOD.