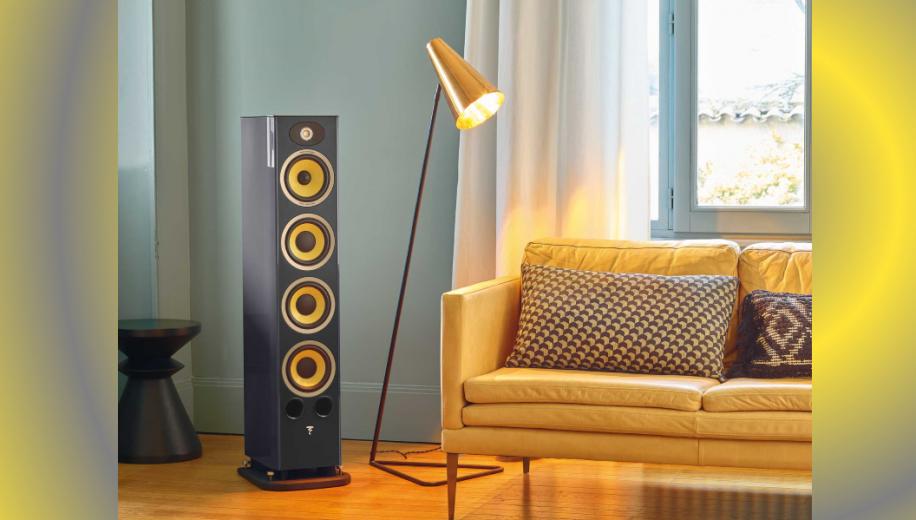 French speaker manufacturer Focal has unveiled an update to its Aria range with the announcement of the Aria K2 936 floorstander loudspeaker.

As part of its ongoing process of constant renewal, the St Étienne based company has updated the Aria 936 with a new version of the 3 way floorstander that adds the iconic Focal K2 cone and an Ash Grey exclusive finish to become the Aria K2 936.

The speaker features a small footprint and is intended for listening in stereo for monitoring-type activities and is appropriate for rooms measuring from 270ft2 (25m2) and from a listening distance of 10-12ft (3m - 3.5m), where its 3 woofers produce a very linear response with impressive dynamics and power handling.

Featuring the trademark yellow K2 sandwich cone, which Focal first introduced in 1986, the technology has continued to evolve over the years and now finds itself in the three 6.5-inch woofers and single 6.5-inch midrange driver in the Aria K2 936. The K2 exemplifies the three key parameters for speaker driver success: rigidity, lightness and damping, and here it’s composed of an ultralight foam core, sandwiched between a layer of aramid fibres and a layer of glass fibres. This leads to a pure and precise sound, with no colouration.

The 25mm aluminium/magnesium TNF tweeter with Poron suspension complements the K2 driver implementation and features a waveguide sited on a urethane tweeter plate which helps improve horizontal directivity and enhance the sound image.

Featuring an ultra-rigid MDF housing constructed with non-parallel side panels, which results in reduced vibration and enhanced neutrality, the speaker sits on an aluminium alloy base with integrated adjustable spikes. Additionally, the cabinet sports a multi-port PowerFlow system for more impact and floor-facing vent for more depth.

The choice of Ash Grey finish - a premium finish exclusive to Focal - combined with a leather-effect front panel and magnetic cloth frame, highlights both the timelessness and modernity of the speaker.