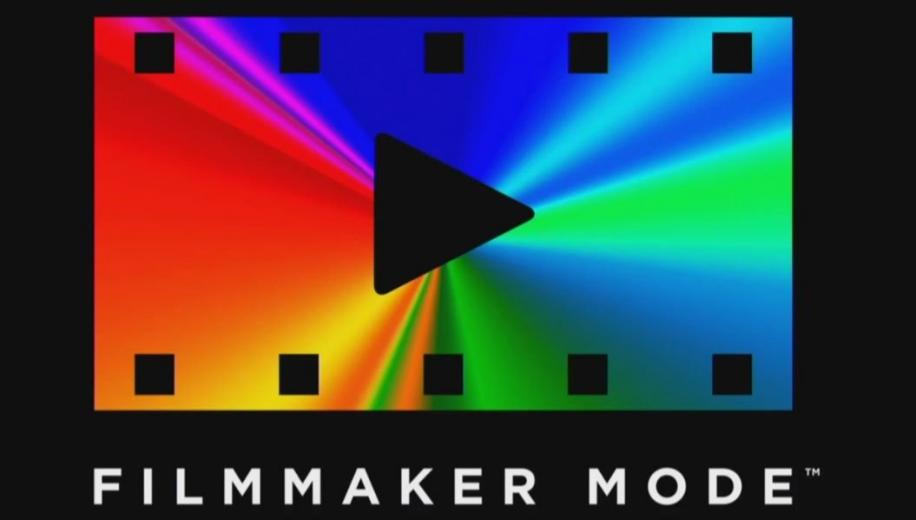 Supported by the cinematic heavyweights such as Christopher Nolan, James Cameron and Martin Scorsese, Filmmaker Mode aims to ensure movies and TV are shown as their creators intended.
The UHD Alliance - an industry group which promotes the best possible 4K UHD with HDR experience - along with a group of leading consumer electronics manufacturers, Hollywood film and television studios and influential members of the filmmaking community has just announced Filmmaker Mode.

The Filmmaker Mode setting will ensure that technical aspects of the content such as colour, aspect ratio and frame rate are all as the creator intended. Crucially, this also includes switching off motion smoothing, a post processing option popular on many modern TVs that creates a smooth look to content but can end up removing the filmic look that movies creators want. Additionally, other processing features such as sharpening and noise reduction will be disabled. Support for SDR and HDR material will be included and Dolby Vision compatibility is expected but has not yet been confirmed.

Recognising that the home is an increasingly important viewing environment and that modern televisions have many technical capabilities that can sometimes confuse consumers, the UHD Alliance has set out to ensure that both content providers and TV viewers are well served in experiencing material at home. Current TVs use advanced processing techniques to enable viewers to watch everything from sports to TV shows to video games and a host of settings can be used to bring out the best experience for all this separate content. However, what works for one type of content may not work for another. And film has its own low frame rate intended look that is completely ruined by image smoothing technologies. It makes 24fps material look like it was filmed on cheap video cameras hence the often used term ‘Soap Opera Effect (SOE).

Christopher Nolan, the director of such acclaimed films as Dunkirk, Interstellar and the Dark Knight Trilogy, explained, “Modern televisions have extraordinary technical capabilities, and it is important that we harness these new technologies to ensure that the home viewer sees our work presented as closely as possible to our original creative intentions.”

He continued, “Through collaboration with TV manufacturers, Filmmaker Mode consolidates input from filmmakers into simple principles for respecting frame rate, aspect ratio, color and contrast and encoding in the actual media so that televisions can read it and can display it appropriately.”

Ease of access for consumers is something the UHD Alliance is keen to incorporate. It seems therefore, that Filmmaker Mode may well be accessed via metadata included in the content which will automatically switch on Filmmaker Mode ensuring the viewer is experiencing the content as intended without having to wade through menus deciding for themselves which options to activate or deactivate. As well as automatically activating with appropriate content, Filmmaker Mode can be accessed via a single button press on the TVs remote control too. Of course there will also be an off switch for those who professionally calibrate their TVs or simply don’t want the feature.

TV manufacturers LG Electronics, Panasonic and Vizio have expressed support for this approach and Vizio have indicated that the feature will appear on their 2020 models and they are investigating the possibility of introducing the setting on older models via a firmware update. Meanwhile, there exists the possibility that Panasonic may announce models that support the mode at the upcoming IFA show in Berlin.

This is not the first time such an initiative has been suggested. Back in 2010 when 3D TVs and content were being produced, THX announced Media Director which also used metadata to tell the TV what the content’s technical requirements were and how best to set up its configuration. Unfortunately, the industry did not come together in a way they appear to be doing now and the approach did not catch on.

Similarly, Netflix recently announced their Calibrated Mode whereby a manufacturer’s TVs were assessed and certified as displaying Netflix content as the streaming giant intended. However, Filmmaker Mode takes this one step further since the delivery of the content is consistent irrespective of the TV make and model.


Is a simple one-setting-fits-all approach what film fans have been waiting for to take the headache out of setting up TVs? Without it, how will you know that you’re watching a movie as it really should look? However, what if you actually like a bit of post processing to make the image look like you want it to - will Filmmaker Mode remove the choice? Let us know what you think in the discussion thread.