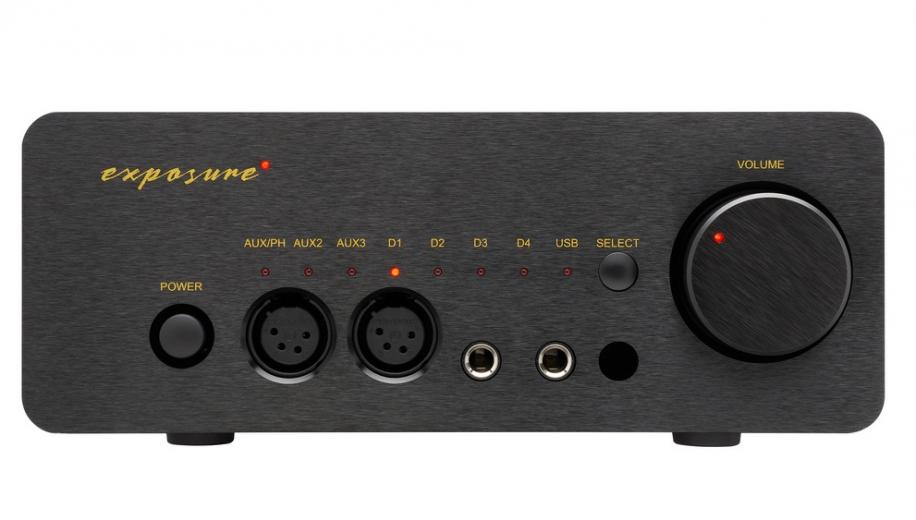 Exposure Electronics XM HP Digital Audio Convertor (2018)
SRP: £1,299.00
In 2017 Exposure Electronics launched the ‘XM’ series of hi-fi components with the intent of packing an impressive complement of high-end features into a compact and affordable design.

Now, the XM3 phonostage, XM5 integrated amp, XM7 preamp and XM9 mono power amps are joined by the new XM HP headphone amplifier. ‘Real world’ hi-fi at ‘real world’ prices is something Exposure has always been particularly interested in and the XM series very much aims to tick those boxes, offering an alternative for music lovers who want superior audio performance but aren't necessarily in the market for a hi-fi system that risks emptying their bank account and filling their home.

While some hi-fi die-hards draw a clear line between ‘music lovers’ and ‘audiophiles’, Exposure’s chief designer Tony Brady is not so quick to categorise. “Passion is passion,” he says. “Take the current resurgence of vinyl in a digital age. I’m all for both. In fact I’m convinced that both formats are here to stay and that both have further growth and development ahead of them, fuelling a desire for the best of both worlds. People want soul-stirring sound quality and convenience and flexibility and value for money. For a designer that’s an interesting challenge.”

The XM series is the first of Exposure’s ranges to pack its features into a narrow, half-width design. And the new XM HP headphone amp is a variation of the XM7 preamplifier but specifically honed for the discerning headphone listener. Like the XM5 integrated amp and XM7 preamp, it includes a built-in moving magnet phono stage and DAC. The phono stage sports two line level inputs and the DAC, five digital inputs.

While most smaller hi-fi components (and indeed a good many larger ones) fall back on switch-mode power supplies, the XM HP features a linear power supply with a 60VA custom-made toroidal power transformer. Only high quality resistors and capacitors are used in the signal path.

As you might expect, the XM HP features enhanced headphone circuitry in which an all-discrete audio output stage delivers high drive capability for low impedance headphones. Its two pairs of 6.35mm jacks and of XLR sockets allow two sets of headphones to be used at once, and there’s also a separate pre-amp output.

The Exposure XM HP headphone amplifier is available now with a black or titanium finish and 3 year warranty with a price-tag of £1,299.