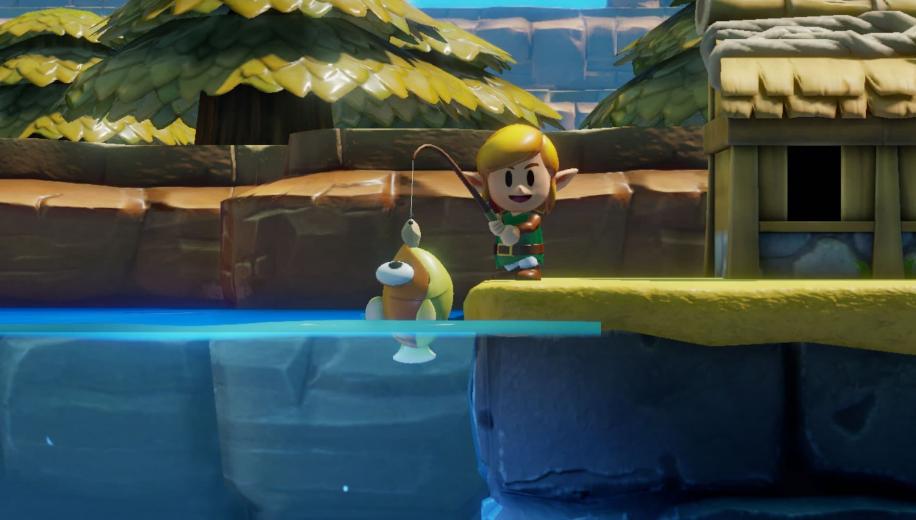 Nintendo's Direct format never seems to disappoint at E3, with the quick-fire game reveals allowing the Japanese gaming giant to squeeze more into its presentations than any other publisher. This year hasn't served up quite as many mind-melting reveals as previous shows – understandable, given that we're getting towards the end of the current console cycle – but as usual, Nintendo's strong showing had something for everyone. Here's a breakdown of all the biggest news and reveals from Nintendo's big showing at E3 2019, which you can also watch for yourself right here: Zelda: Breath Of The Wild Sequel Announced
Nintendo saved its best for last, with a short in-engine teaser trailer for the next chapter in the Zelda franchise. While the game is yet to receive an official title or release window, it looks to use the same engine as Breath Of The Wild, which could help speed up development time compared to its from-scratch predecessor. The footage doesn't give an awful lot away, but the fact that it depicts Link and Zelda adventuring through a creepy crypt together has led some to believe that we might see the titular character finally playable for the first time in the series' history. It feels a bit early to be drawing conclusions like that, but we can't deny that it would be an awesome and welcome addition. Animal Crossing Switch Slips To 2020
Cute and colourful life sim Animal Crossing is one of Nintendo's most popular franchises, although fans will have to wait a little longer to get their hands on the next instalment, New Horizons. Currently slated for March 2020, New Horizons goes deeper on customisation than ever before, allowing players to decorate not just homes but entire islands, with a new crafting system on top to allow for even more flexibility. Multiplayer options look to be expanded (we see what appears to be eight player characters running around together at one point) but otherwise, New Horizons looks like it'll be a bigger, better version of the Animal Crossing you know and love. The Smash Roster Grows Even Stronger
Super Smash Bros. Ultimate already has a frankly absurd number of characters, but Nintendo was quick to prove that it isn't even close to running out of steam on that front just yet. The first of the two new fighters shown is the hero of Dragon Quest XI (which is also coming to Switch this year), brawling with both melee and magic. He can also be swapped out for the stars of several older Dragon Quest titles, which appears to be purely cosmetic. The second character announcement caused a bit more of a stir, as Nintendo dropped a short trailer later in the Direct to reveal that N64 favourites Banjo and Kazooie would return to take their place among other Nintendo legends. Both new characters are scheduled to arrive this year. Retro Franchises Reborn
Nintendo is no stranger to going back to the well of its storied history, but its partners are clearly just as tapped into their ancestry when it comes to Switch. Joining Nintendo's own adorable remake of Game Boy classic Zelda: Link's Awakening were a brand new four-player Contra game from Konami in the form of Rogue Corps (as well as the stealth drop of a collection of the classic Contra games, which is available now) and the surprising news that a Panzer Dragoon remake is also in the works. The stylish Saturn shooter has a real cult following, and the chance to bring it back for a whole new generation to enjoy seems like a great play. Luigi's Mansion 3 Looks Scarily Fun
We always love it when good ol' Luigi gets a chance to step out of his brother's shadow, and Luigi's Mansion 3 should be his most full-featured adventure to date. New moves help keep combat against spooks interesting, but things get even better with the addition of Gooigi – a slimy clone of Mario's gangly bro who can easily slip past obstacles like spikes and barred gates but is easily washed away by water. Solo players will need to switch between these forms to solve puzzles, although a second player can take control of the sticky impostor in co-op. Speaking of co-op, the ScareScraper multiplayer mode from Dark Moon has been updated to now welcome up to eight players to tackle its ever-changing creepy contents. Pokemon Is Bigger Than Ever (Literally)
Nintendo didn't have a whole lot of new stuff to show on the next Pokemon titles, Sword & Shield, as the monster-battling sequels had their own detailed Direct only recently. Still, in case you missed it, the big news here is the new Dynamax mechanic, allowing monsters to grow to extraordinary sizes for a limited time and unleash their most powerful moves. As well as being a new tactical tool for players, it's something that you'll see used by both Gym Leaders and even wild Pokemon – in the large open Wild Areas between towns trainers can come together to take on powerful Dynamax raid bosses as teams of up to four, not unlike the raid system in Pokemon GO. Mana's Ultimate Secret Revealed
If you thought it wasn't going to get more hardcore than Panzer Dragoon, you've got another thing coming! SNES classic Secret Of Mana had a Japan-only sequel in 1995, which has never before been officially localised for or released in the west. Nintendo's announcement changed that in an instant, and on two fronts – players can either enjoy the game in all its original sprite-based 2D glory today as part of the Collection Of Mana (alongside Final Fantasy Adventure and Secret Of Mana), or hold out for a full 3D remake of the lost gem, which is due next year. And The Rest...
No More Heroes 3 got a teaser trailer and a 2020 date, heralding the return of action star Travis Touchdown after his disappointing spin-off game earlier this year. The Dark Crystal is getting its first ever game to tie in with the new Netflix series – a tactical combat game in the vein of Final Fantasy Tactics or Fire Emblem - called The Dark Crystal: Age Of Resistance Tactics. Crypt Of The Necrodancer/Zelda crossover musical roguelike Cadence Of Hyrule finally got a date and will be available by the end of E3. Platinum action title Astral Chain continues to look amazing, and is out in July. The horror archives are set to be almost complete on Switch, with Resident Evil 5 and Resident Evil 6 both arriving later this year. The Witcher III: Wild Hunt will also be coming to Switch this year for those who would gladly trade visual fidelity for the ability to enjoy Geralt's adventure anywhere. Other existing games coming to Switch soon include monster-hunting co-op action game Dauntless, Studio Ghibli-flavoured RPG Ni No Kuni, the collected horrors of Dead By Daylight and Alien Isolation, and a new sporting outing for mascots in Mario & Sonic At The 2020 Tokyo Olympics.

What do you think of these announcements? Let us know in the discussion thread.