Moving through the generations 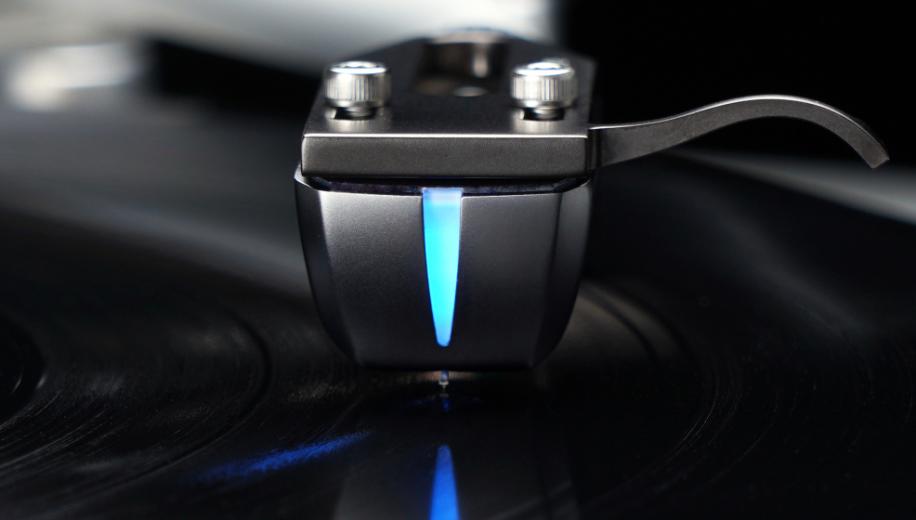 The DS003 follows the Grand Master cartridge design and similarly features a comprehensively re-designed optical system whereby the independent LEDs and photo-detectors for the left and right channels deliver a boost in the cartridge’s output voltage. Moreover, this boost from 40mV to 70mV is achieved in tandem with an improved signal to noise ratio giving the DS003 an even lower noise floor and greater musical clarity than its predecessors. The improvements don’t stop there either since the new independent design has made it possible to eliminate crosstalk, greatly improving left and right channel separation, particularly at higher frequencies.

There’s also a smaller shading plate which is made from 99.9% pure beryllium resulting in a weight reduction of 50 percent, down to 0.74mg which is less than a tenth of the mass of a moving cartridge’s core and coil system.

Other design facets of the DS003 include an aluminium cantilever married to a line contact stylus, an aluminium cartridge body for maximum rigidity, and internal wiring that is 1.6x thicker than previous models for reduced impedance.

DS Audio optical cartridges all require an equaliser/phono stage and the DS003’s features a new design which sees the thickness increase for both the circuit boards and the copper foil. The new equaliser also allows the selection of four different low frequency cut-off points for an output that best matches the user’s system. It should be noted that DS Audio cartridges are fully compatible with any of the company’s accompanying phono stages/equalisers, allowing users to to mix and match.