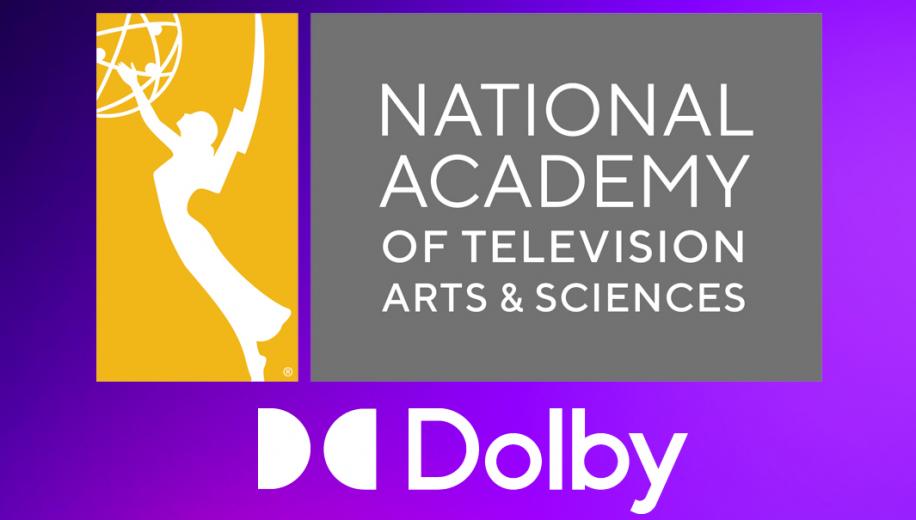 The upcoming 72nd Technology & Engineering Emmy Awards for 2020 will take place on Oct 10th 2021 where nearly 80 broadcasters, universities, companies and standards organizations will be recognized. It’s here that Dolby Laboratories’ commitment and innovations in HDR dynamic metadata and WCG enable advanced HDR solutions, like Dolby Vision will be honoured.

Following a year where television has become even more important in delivering quality entertainment, the award marks Dolby’s significant contribution and continued advancement in image quality in the home.

HDR has changed the way consumers experience films and TV shows at home and on the go, from TVs to smartphones, with advanced HDR solutions like Dolby Vision leveraging the use of dynamic metadata and WCG to push the entertainment industry forward by providing millions of consumers around the world access to improved picture quality.

First introduced in 2014, Dolby Vision dynamic metadata has allowed content creators to capture, preserve and share their artistic expression with consumers exactly as it was intended. To succeed in delivering this artistic intent, all steps of the process require unified adoption of Dolby Vision throughout all elements of creation, post production and delivery, thus manufacturers such as Amazon, Apple, LG, Microsoft, Sony, TCL, VIZIO, and many others, are all on board throughout this chain.

Many thousands of hours of film and TV have been created in Dolby Vision from the world’s top production studios, which are being delivered to consumers every day via compatible streaming services such as Apple TV+, Disney+, Netflix, Vudu, and Tencent.

Giles Baker, Senior Vice President Consumer Entertainment, Dolby Laboratories commented, “Over a decade ago, we set out to transform entertainment through advancements in HDR. These innovations, brought to life as Dolby Vision, provide creatives the tools to tell their stories as they were imagined while allowing consumers to experience these stories in the best quality possible.”

He added, “We are honoured and humbled to be recognized by The National Academy of Television Arts & Sciences for these contributions, which have pushed picture quality forward by leaps and bounds.”

And Dolby hasn’t stopped there. In 2020 Dolby Vision IQ was introduced at CES. This latest advancement from Dolby Laboratories extends the benefits of Dolby Vision beyond HDR by leveraging both the ambient light sensor within a TV and Dolby Vision dynamic metadata to intelligently deliver a perfect picture in any room with any lighting conditions.

The NATAS awards are presented to living individuals, a company or scientific or technical organization for development and/or standardization involved in engineering technologies that either represent an extensive improvement on existing methods or are so innovative in nature that they materially have affected television, NATAS said.