Immersive music streams in with the tide 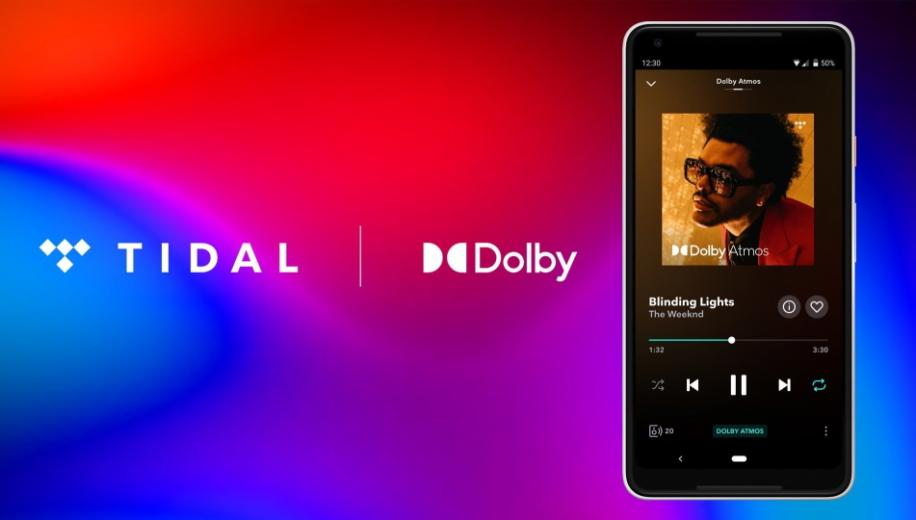 Tidal’s HiFi tier costs £20/$20 per month and contains CD and Master Audio quality material, from now on it will also host a growing library of songs from Universal Music Group and Warner Music Group that have been mixed and encoded in Dolby’s Atmos Music format. When combined with an Android smartphone or tablet (and using the inbuilt speakers or a set of headphones), the new format will enable the listener to experience music in a whole new way as it opens up realms beyond the tried and tested left and right channels of good old stereo.

By treating each element of the music track (for example bass, snare drum, piano, lead vocals) as an individual object, artists can place them anywhere within the 3D space - in a similar way to how Atmos works with movie soundtracks - allowing for much more immersive and exciting mixes. The Dolby Atmos encoding works regardless of how many speakers you have.

For now, it appears that support is limited to certain Android devices that have been authorised by Tidal to receive Dolby Atmos Music. Presumably, other Android devices will be added in an ongoing rollout, though there’s no confirmation about when or if iOS based devices will be included since they do not support Dolby Atmos. Dolby Labs has been quoted as saying “it’s working with Tidal and its device partners to bring Atmos Music to more devices in the future.”

The current library includes songs from some of the world’s biggest artists such as The Weeknd, Blondie, Ariana Grande, and others. Tidal says it is also working with its artist-owners, including Jay-Z, to mix their catalogues in Dolby Atmos, which are expected to become available in 2020.

Tidal will automatically default to this option if a Dolby Atmos mix is available. Tracks will be identified by a Dolby logo badge as well as through a Dolby Atmos identifier that will display once a song is selected. Users can also click on the Dolby Atmos menu option under the Explore tab on the Tidal app to search the library of tracks available in the new format.

John Couling, Senior Vice President, Commercial Partnerships, Dolby Laboratories, said, “Dolby Atmos is redefining how music is created, allowing artists and fans to experience it like never before.” He went on, “Together with TIDAL, we are expanding the reach of Dolby Atmos Music by enabling a more immersive way for people around the world to enjoy their favourite songs and albums.”

Tidal becomes only the second music service to adopt the Dolby Atmos Music standard and up to this point, access to Atmos Music has been limited to Amazon’s Music HD service via the Echo Studio smart speaker, which, incidentally, also hosts Dolby’s main rival in the immersive format arena, Sony’s 360 Reality Audio.

If any Tidal subscribers have tried the new Dolby Atmos Music tracks. Why not use the discussion thread to let us know how they sound?