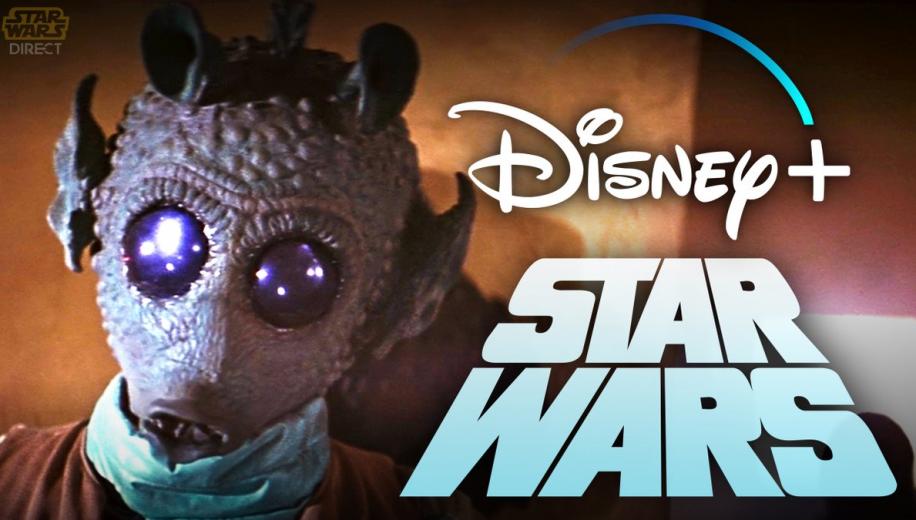 It appears that George Lucas is still not happy about the way the Cantina scene in Star Wars: Episode IV plays out between Han Solo and Greedo and the launch of the franchise on Disney+ sees a further change.

The result is an additional element of dialogue from Greedo just before he attempts to fulfil the ‘dead’ part of the ‘dead or alive’ bounty that Jabba The Hutt has put on Han’s head, and it is this version that will play out to Disney+ subscribers.

Ostensibly the same as the 2011 version of the scene, what’s got people talking is the new close up of Greedo exclaiming ‘Maclunkey’ just prior to his wayward shot.

The statement is not subtitled, so the meaning of the word in Greedo’s native Rodian tongue is left to fan speculation. Presumably, it’s a witty ‘before-the-kill’ jibe, Han clearly doesn’t find it amusing and his own blaster retort is the final statement in the exchange between smuggler and bounty hunter. Interestingly, Anakin’s pod racing nemesis, Sebulba, is heard to utter a similar remark after his crash in The Phantom Menace, which was presumed to mean ‘This will be the end of you’ - so perhaps it’s a popular sign off phrase amongst the Star Wars universe denizens.

A source of endless discussion amongst Star Wars fans, most felt that the original 1977 version depicting Han Solo's ‘shoot first, ask questions later’ approach sat perfectly well with his amoral character. However, Lucas has been quoted as saying that the 1977 cut of the movie is confusing as Han was never supposed to shoot first, only in self-defence, which was more in keeping with his arc from self-interested smuggler to resistance fighter.

To clear that up, the 1997 special edition switches to a medium shot of the two enemies facing off, clearly showing Greedo firing first, along with a digital dodge by Han followed by his retaliatory shot.

Seven years later in 2004, another edit emerged showing the same medium frame with the gap between the shots lessened but still with Greedo clearly firing first. This gap was shortened even more by the removal of 10 frames in 2011 until we get to the current version which inserts the ‘Maclunkey’ retort immediately after Han’s ‘I’ll bet you have’ accusation.

The Washington Post has a video here showing the differences between the various versions of the infamous scene.

Disney itself has confirmed that the newest changes were already in progress before the Disney deal with Lucasfilm was completed, so it’s not something it has requested.

Who knows? Perhaps Maclunkey translates as a desperate plea from Greedo to ‘Let it go, for God’s sake George, let it go!”

What do you think about the ongoing nipping and tucking of the sequence by Lucas? A clever little addition to add more intrigue or needless tinkering? Let us know what you think in the discussion thread.