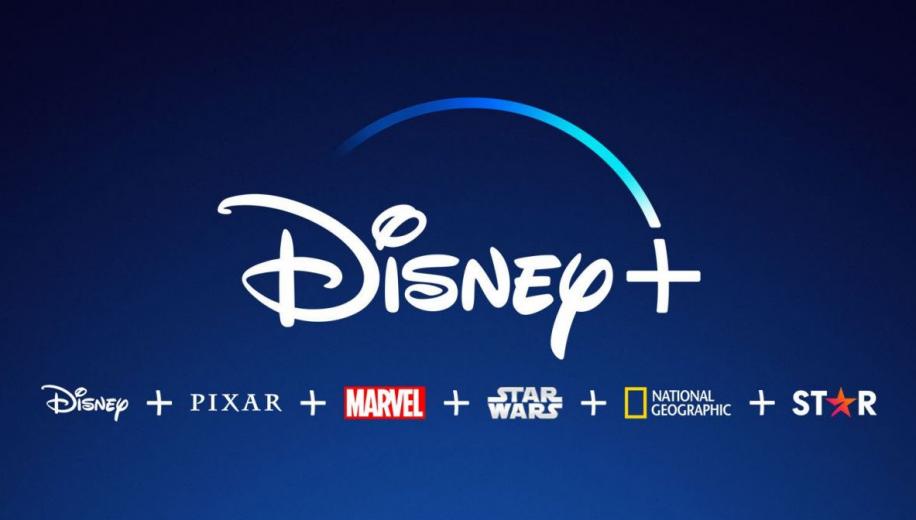 The February 23rd launch of Disney’s Star channel on its Disney+ streaming service will bring a whole new choice of viewing and in some areas effectively double the amount of content available.

What is Disney Star?

From 23rd Feb 2021, Star will become fully integrated into the Disney+ streaming service as a sixth tile alongside the existing Disney, Pixar, Marvel, Star Wars and National Geographic launch points.

Drawing upon thousands of hours of content from Disney’s portfolio of creative studios, including Disney Television Studios (20th Television and ABC Signature), FX Productions and 20th Century Studios, Star will also feature original programming, some of which has been shown on Disney's sister channel Hulu in the US (Star can be looked at as effectively Hulu for non US territories).

Star will launch with over 75 TV series, more than 280 movies and a slate of four exclusive Star Originals, with new titles added every month. This opening salvo of content virtually doubles the material available to subscribers in locations such as the UK where not everything available to DisneyPlus in the US has been made available due to licensing agreements.

The service will be coming to the following territories on 23rd Feb; UK, Europe, Canada, Australia, New Zealand and Singapore at no substantive cost to subscribers but it does mark an increase in the overall monthly fee which will be increasing by £2 per month to £7.99 (or £79.90 per year) in the UK and with equivalent increases in the other countries. And since Star will be an integral part of Disney+ going forward, there is no way to separate it from the other content and pay less.

The price for existing subscribers will not increase until the first bill after 22nd Aug 2021, giving loyal customers a 6 month buffer, but if you're thinking of joining as a new subscriber and sign up before the 23rd Feb, you'll get the old £5.99 / £59.99 price for a full year - be quick!

With the aim of providing a single point of entertainment for the whole family, Disney+ plans to add 50 brand new originals over the next few years which will include local productions created for the service under the Star brand geared towards a more mature audience, alongside the fan favourite Marvel, Pixar and Star Wars titles.

With the introduction of more mature themed content, parents will want to make sure Disney+ remains suitable for audiences of all ages. Therefore, new parental controls will include the ability to set limits on access to mature content and the addition of a PIN can lock profiles with 18+ access.

When opening Disney+ for the first time after the launch of Star on 23rd Feb, subscribers will be asked if they want to opt in to access mature content. Confirming this will change the default rating of 14+ up to 18+, which will allow full access to the Star library. Missing out on this step will keep the default 14+ level of access,  though this can be changed at any time from within Settings.

Requesting access to 18+ rated content will require the account holder’s password for confirmation and any profile that has this more mature access can be locked with a PIN for additional safety. Each separate profile included under the main account can have its own level of content control once Parental Controls are turned on. Content is rated 6+, 9+, 12+, 14+, 16+ and 18+ and, once set, selections made available within each specific profile via the home page and the search functionality will be relevant for the content rating set.

From launch, DisneyPlus will be the exclusive home of new Star Originals and launch day will see 4 brand new series, including:

Big Sky (2020, S1, Star Original Series)
﻿Private detectives Cassie Dewell and Cody Hoyt join forces with Hoyt's estranged wife and ex-cop, Jenny, to search for two sisters who have been kidnapped by a truck driver on a remote highway in Montana. But when they discover that these are not the only girls who have disappeared in the area, they must race against the clock to stop the killer before another woman is taken

Love, Victor (2020, S1, Star Original Series)
﻿Victor is a new student at Creekwood High School on his own journey of self-discovery, facing challenges at home, adjusting to a new city, and struggling with his sexual identity.

Helstrom (2020, S1, Star Original Series)
﻿Brother and sister Daimon and Ana Helstrom are the children of a mysterious and powerful serial killer and share a complex dynamic. They use their own individual attitude and skills to hunt the worst of humanity.

Solar Opposites (2020, S1, Star Original Animated Series)
﻿Four aliens escape their exploding home world only to crash land into a move-in ready home in suburban America. While they are evenly split on whether Earth is awful or awesome, they agree on their mission which is to protect the Pupa, a living super computer that will one day evolve into its true form, consume them and terraform the Earth.

Co-created by Justin Roiland (Rick & Morty) and Mike McMahan (ex-writer’s assistant on Rick & Morty), the first two episodes will be available at launch on 23rd February with weekly new additions dropping Fridays at 8am GMT.

Of course, the bulk of the Star launch titles are from Disney’s huge (and expanding) catalogue and include a strong mix of comedy shows such as How I Met Your Mother, Modern Family, Scrubs, Atlanta and Family Guy, along with classic series 24, Lost and The X-Files plus newer hits like Prison Break and Sons of Anarchy. For something a little more left field, there’s Glee and Ugly Betty.

You can see the full list of TV shows and movies available on launch day in our separate article.

New series destined for Star in the coming months includes:

Y: The Last Man
﻿This long gestating project is a new FX drama series based on DC Comics’ acclaimed series of the same name which sees a post-apocalyptic world in which a cataclysmic event decimates every mammal with a Y chromosome but for one cisgender man and his pet monkey. In his travels, Y meets the various survivors of this new world as they struggle with their efforts to restore what was lost and the opportunity to build something better.

The Old Man
﻿Another FX drama, Jeff Bridges stars as a former CIA operative who is forced to reconcile with his past.

Only Murders in the Building
﻿Only Murders In The Building follows three strangers (played by Steve Martin, Martin Short and Selena Gomez) who share an obsession with true crime and suddenly find themselves neck deep in one.

Dopesick
﻿A dramatic look at the ravages caused by the opioid scandal in America starting at the epicentre of the struggle at a distressed Virginia mining community all the way to the DEA authorities and the Big Pharma manufacturers with a financial and political investment in the whole arrangement. Stars Michael Keaton, Peter Sarsgaard, Michael Stuhlbarg, Will Poulter, John Hoogenakker, Kaitlyn Dever and Rosario Dawson.

The Dropout
﻿The Dropout is inspired by the ABC News podcast of the same name chronicling the rise and fall of Elizabeth Holmes (played by Kate McKinnon) and her company, Theranos. The series will explore what caused the world’s youngest self-made female billionaire, once heralded as “the next Steve Jobs,” to lose everything in the blink of an eye.

In addition, Disney+ recently announced the first ten European original shows that are being produced, including projects for its Star brand.

The slate of 10 projects range from fantasy Parallels and music documentary Soprano: Sing of Die from France, to Italy’s The Good Mothers a mafia story told entirely from the women’s perspectives, to Sultan City a dark comedy from Germany. These will make up 20 percent of the expected 50 new shows due over the next few years.

Moreover, Disney EMEA's vp of original content, Liam Keelan recently told reporters that UK originals encompassing drama and comedy, along with "a couple of unscripted shows" were close to being announced.

Since Star will become part of Disney+ it will benefit from all the advantages of being under the platform. Subscribers can watch their favourite shows and movies in SD, HD and 4K with Dolby Atmos and Dolby Vision on a range of supporting hardware including:

A Disney+ subscription allows up to 7 active profiles and 4 simultaneous streams, so family members are free to watch their favourites in the privacy of their own rooms. Moreover, unlimited downloads are available for offline viewing on up to ten devices. Additional features include, My Watchlist, Kids Profile (which can only access content rated 7-years and below), GroupWatch, Multi-Language support and Audio Description on select titles.

The Guardian recently reported that on the back of a locked down audience and with popular hits such as the second season of The Mandalorian, Disney+ had drawn the largest proportion of new UK subscribers during 2020 with 38 percent of the total compared to Amazon Prime’s 25 percent and Netflix‘s 19 percent.

Indeed, analysts are already speculating that Disney+’s recent surge in subscriber numbers to 95 million some 3 years ahead of prediction augur well for an industry leading 294 million paying customers by 2026, pushing Netflix into second place with around 286 million.

Are you a Disney+ subscriber looking forward to a new library of choice with the launch of Star? Or will access to so many old favourites be enough to persuade you to take up a brand new Disney+ subscription? Let us know in the comments section what your plans for Disney+ and Star are.