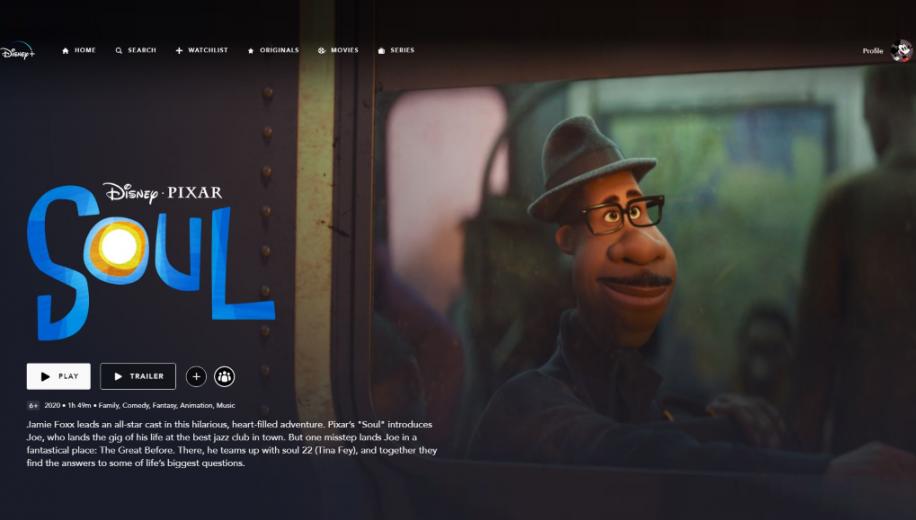 Disney has reported 95 million subscribers worldwide to its Disney+ VOD streaming service, reaching the kind of customer numbers it was expecting after 4 years.

At its first quarter earnings meeting for 2021, Disney bosses announced that Disney+, its 14 month old flagship streaming service, had attained 94.9 million subscribers. Soon after the VOD platform’s launch in Nov 2019, these were the sorts of numbers being quoted as targets for the end of 2024.

The earnings report covers the first quarter of the 2021 fiscal period up to 2nd Jan and marks an uptick from the 86 million fee paying customers reported at the December investors meeting which doubled as an announcement platform for around 50 new Disney film and TV projects. The intervening weeks saw a surge in numbers, partly due to Disney’s bundle with its Hotstar service in India but also no doubt driven by excitement surrounding the newly revealed projects as well as the second season of The Mandalorian and Pixar’s Soul which debuted on Christmas Day.

The media giant has now set itself a new target of 260 million subscribers to Disney Plus by the end of 2024 and the upcoming launch of the more mature themed Star service within Disney+ in a number of regions including Europe, Australia and Canada, will likely help increase subscribers in those regions .

Excitement in the growth of Disney+ customer numbers was tempered by the stark reality of operating in a pandemic, and the restrictions and closures of the company’s theme parks and cruises reflected a 99 percent drop in net income from $2.2 billion to around $29 million in the three months up to 2nd Jan. Thus, the last few months have seen company restructuring and layoffs plus the recent announcement that Disney would close the Blue Sky Studios animation division it acquired from the Fox Studios buyout.

Despite the dark clouds, shares in Disney climbed around 2% in after-hours trading immediately after the numbers came through with Disney+ remaining a bright point on the horizon.

Regarding Disney+, Chief Executive Bob Chapek said in a call with analysts, “We’re confident that, with our robust pipeline of exceptional, high-quality content and the upcoming launch of our new Star-branded international general entertainment offering, we are well-positioned to achieve even greater success going forward.”