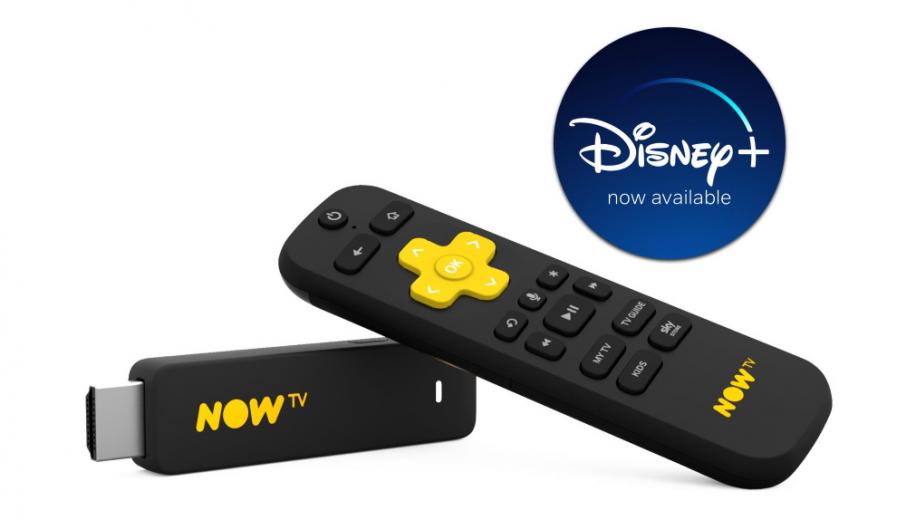 One month after the UK launch of Disney+, patient NOW TV users can get access on their devices via the app.

When Sky and Disney entered into a multi year deal to grant Sky customers access to the Disney+ streaming service back in March, NOW TV customers were promised that they would soon also be included.

That promise has been fulfilled and the Disney Plus app is now available on Sky’s sibling TV streaming service for users with devices such as the NOW TV Smart Stick and NOW TV’s set top boxes, which are built by streaming gurus Roku.

Moreover, NOW TV viewers can get their hands on the recently announced Mandalorian behind the scenes documentary due on the service on May the 4th.

Managing Director for the Sky-owned streaming brand Marina Storti said: "With the arrival of the Disney+ app, customers can now enjoy Disney’s new streaming service alongside NOW TV’s slate of Sky originals, award-winning box sets, blockbuster movies and favourite Kids shows.” She added, “This new addition broadens the range of content available on our NOW TV devices and helps to further simplify the struggle of navigating multiple TV inputs to find what you want to watch."

Subscription is still directly with Disney via their website meaning that Disney+ is not available as a monthly pass option through NOW TV. It does, however, give NOW TV users the option to reassess their subscription / pass choices in as much as the £5.99 per month for Disney Plus gives access to a range of films which might be more cost effective than a monthly Sky Cinema Pass at £11.99 - it depends on whether the additional choice you get with Sky Cinema is worth the extra £6 a month to you.

Of course, since Disney+ is also a monthly subscription service (although paying annually does provide some savings), viewers can plan their viewing and manage their Disney Plus subscription and NOW TV passes as appropriate.

Disney+ joins a range of apps like Netflix, All 4, ITV Hub, YouTube and more which are available to NOW TV customers.

If you’re a NOW TV user who’s been waiting to get on board Disney+, why not let everyone know how you get on in the discussion thread?