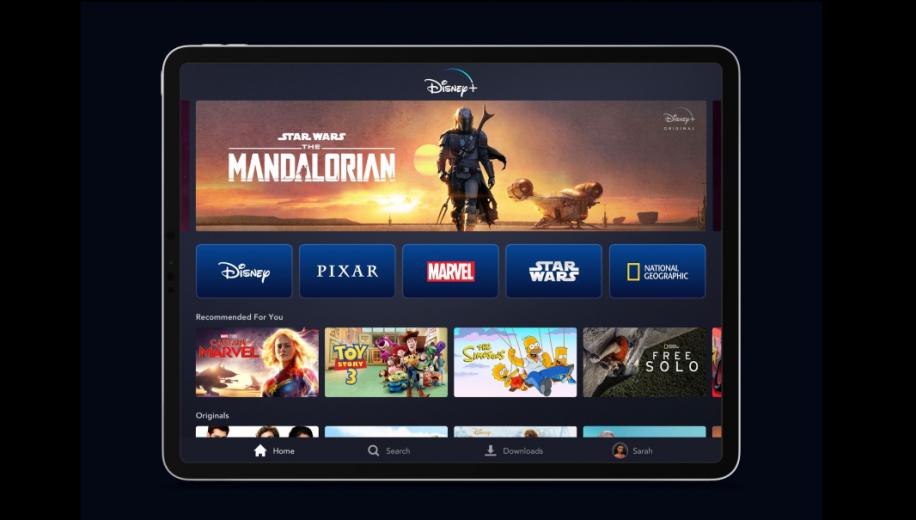 Disney remains tight-lipped about the customer numbers for its Disney+ streaming service but figures available elsewhere show almost $100M in user spending on the mobile app in the first two months after launch.

After announcing 10M subscriptions to its Disney+ streaming service in the initial 24 hours after its launch on November 12th 2019, Disney made it clear that it would not be releasing any further customer figures until its next quarterly earnings report in Feb 2020.

This shows the Disney+ app has been downloaded nearly 41 million times across both stores, which went on to generate £97.2 million in user spending.

Moreover, compared to launches of similar SVOD services from other companies, the income generated by the mobile app held relatively firm into the second month where it might have been expected that the initial interest had died down. The first month saw $53 million worth of spending which was then followed by £43.9 million in the second - a decline of about 18 percent.

HBO Now’s launch in 2015 alongside a new season of Game of Thrones saw the first two months manage a total of $23.7M revenue - even Disney+’s second month’s income is double that of the whole of HBO Now’s first 60 day period.
Looking at the second month’s downloads for the Disney+ app it can be seen that of the overall 41 million total downloads, 13.5 million (or 33 percent) took place in the second 30 days. HBO’s second month download tally was 29 percent of its total and when bringing in smaller players such as Showtime, the drop off is even more pronounced at 16 percent app downloads in month two. This demonstrates the importance of downloads during the first month - rather like a movies’ opening weekend at the box office.

As expected, given the launch territories, 84 percent of the Disney+ revenue was found to have come from the US and it will be interesting to see how that changes when larger markets such as Europe and the Asia-Pacific regions come on board.
Programming plays a significant part in encouraging subscribers early on and with the flagship The Mandalorian Series now complete, Disney will need to ready its next tranche of exclusive content for rollouts in further territories such as the UK which is due to get the service on March 31st 2020.

It’s worth noting that although a Disney+ app mobile download doesn’t necessarily equate to a subscription, it’s a fair indication of popularity at the very least, thus giving a relative idea of success or failure. And by anyone’s measure, Disney+ has had a successful first two months.