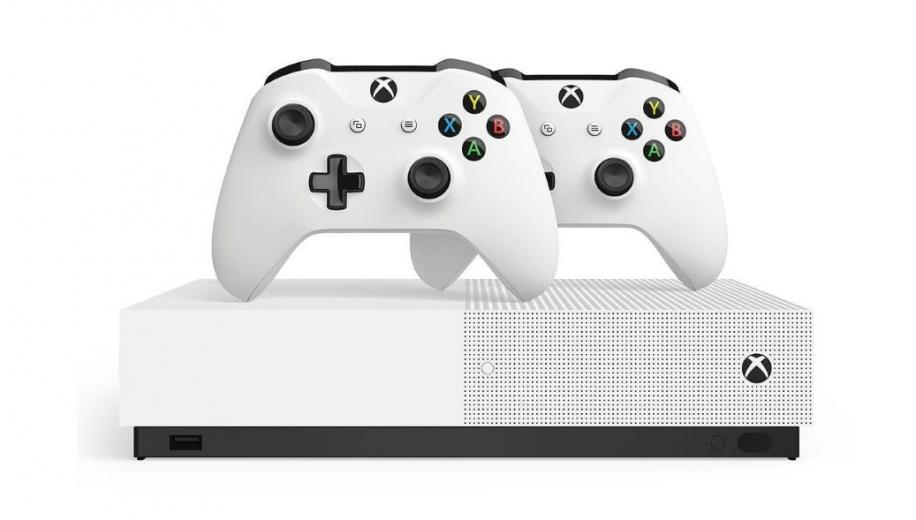 The games industry has considered moves away from physical media before but now it looks like Microsoft is ready to take a definitive step.
The next version of Microsoft’s Xbox One games console may jettison the disc drive and rely solely on digital downloads and an Xbox Games Pass to install content, suggests a report from Windows Central.

Suitably codenamed ‘Maverick,’ this latest iteration will be released as the Xbox One S ‘All-Digital Edition’ and could potentially be available as soon as May with preorders being taken in April. It will be accompanied by a ‘Disc to Digital’ programme which will allow gamers to hand in physical discs to convert them to a digital version to play on the new console.

Let’s not forget that the Xbox platform may also double as many movie fan’s 4K Blu-ray player of choice too and it’s not clear whether ‘Disc to Digital’ will include movies as part of the exchange offer.

Being able to digitally access content from various platforms, and the choice and convenience that offers, is nothing new but ditching the CD mechanism could be seen as removing consumer choice, though one advantage might be that lower production costs are passed on to the customer.

Many people still prefer purchasing a hard copy of their game to add to a physical library or to take around to a friends to play, indeed, other content driven sectors that have moved in the streaming direction still see sales of tangible media such as CDs, Blu-rays/DVDs and books.

Poor internet connections are another concern for manufacturers looking to ditch physical distribution methods since not everywhere or everyone has access to stable and fast connections.

Sony has also looked into discless consoles but in an interview earlier this year, PlayStation's chairman of worldwide studios, Shawn Layden, admitted the company is aware that not everyone has good enough internet connections to rely on digital-only services just yet.
"If you're PlayStation and you're available in 168 countries around the world, streaming will be a thing which will have interest to certain people in certain places," before adding, "We can leave no gamer behind."

Microsoft look to be pushing ahead though and could use this as a way of testing public reaction to the whole concept of future discless gaming consoles. If, as speculated, Microsoft will announce plans of their next generation of consoles at E3 2019, they might want to have some feedback regarding reaction to the digital only approach - 'Maverick' could give them that data before they commit totally to a disc free future.

The announcement of the All Digital Edition Xbox One follows reports of Microsoft’s XCloud streaming service presentation which is expected at this year’s Game Developers Conference (GDC 2019) and the two complementary announcements could be seen as seeding the market - first with a device, then with a service directly suited to that device.

What do you think? Is this a turning point for the games industry and how do you think it will impact the customer? Let us know in the discussion thread.

Please note the image presented above is purely speculative.