Plays more than an Irish jig 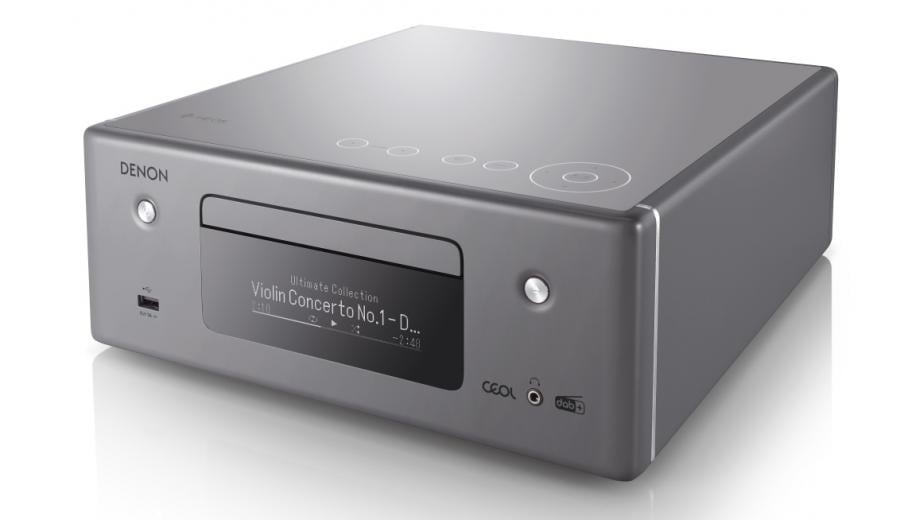 The N11 DAB builds on the array of functionality that its CEOL predecessors already incorporated, including HEOS Built-in technology, voice control, and streaming options via Wi-Fi, Bluetooth and AirPlay 2.

The addition of DAB+/DAB radio means listening options now include digital radio stations and analogue FM/AM radio as well as Internet radio and streaming audio provided by services such as Spotify, Amazon Music HD and Tidal.

But accessing your music subscription services is just the start, the CEOL N11 DAB can access music libraries contained on Android smart devices and laptops using Bluetooth, on PCs and Network Attached Storage (NAS) via Wi-Fi and support for AirPlay 2 means music, audiobooks and podcasts can be streamed to the N11 DAB from iOS devices.

For those with a large CD collection, there’s also a built-in CD player and if you’ve got music files on flash drives or external hard drives, there’s a USB port to enable access.

What’s more, the N11 DAB can spread this music around your home using HEOS Built-in which connects with any other HEOS compatible device, such as Denon’s Home speakers, allowing the same song to be played throughout your house or individual tracks to be played in separate rooms - all controlled by the HEOS app according to your preference.

Further physical ports include two optical inputs which can detect when the TV is switched on and there’s an Infrared (IR) Learning Function to control the CEOL with the TV Remote.

For those who prefer hands-on interaction, an illuminated touch-sensitive control panel is easily accessible on the top of the compact unit for intuitive, swift adjustments and the OLED display offers clear playback information visible from across an average-sized room.

As well as control using a remote and the HEOS app, there’s also Amazon Alexa and Google Assistant voice compatibility so users can access content and adjust volume with simple vocal commands.

An optional set of speakers from Denon, the SC-N10 two-way speaker system, is available and benefits from optimised tuning of the onboard digital EQ found in the powerful Digital Processing Amplifier installed in the N11 DAB.

The SC-NC10 are styled to match the CEOL system and each speaker houses a high-quality 12cm woofer/midrange driver and a 3cm high-definition soft dome tweeter to reproduce sound with clarity and tonal balance.

The CEOL N11 DAB will be available from August through authorized Denon retailers at a price of £529 (€529) in Grey, White and Black finishes. The optional SC-N10 speakers cost  £99 (€99) and will be available in the same finishes.

If you’re on the look out for a relatively affordable music system, how does Denon’s latest offering fit the bill? Why not let us know in the comments section what you think of this news?