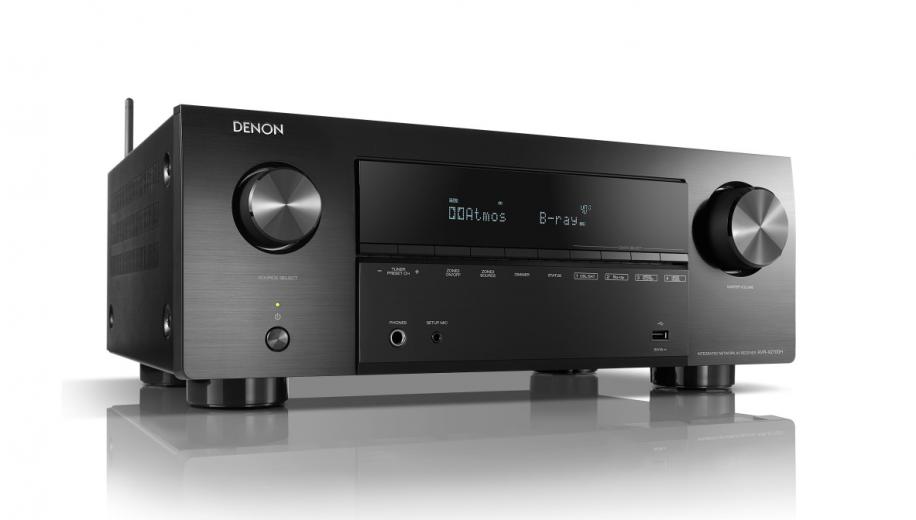 It seems that the implementation of HDMI 2.1 in some of the most recently launched AV Receivers is problematic and not delivering the fully promised 4K 120Hz experience.

A news item originating from German tech website heise online, and now picked up by numerous tech sites, reports that the current issue of computer magazine c’t has uncovered an issue with the chipset found in the latest AV receivers from Denon, Marantz and Yamaha that handles the HDMI 2.1 protocol.

What this means is that these receivers cannot pass through 4K at 120Hz or 8K at 60Hz when attached to sources outputting these ultra high video resolutions, resulting in a blank screen on the receiving TV/monitor. Sources checked so far have included NVIDIA's newest RTX 3080 PC graphics cards and the latest Xbox Series X gaming console, which was tested using a pre-release version of the console which is known to use the final retail hardware. This pre-release Xbox Series X was used in conjunction with a Denon AVR-X2700H and LG C9 OLED TV.

According to heise, it’s probable that the upcoming PS5 won't be affected by the bug when connected to one of the affected AVRs since it uses a different HDMI implementation but of course, further checks are necessary.

The HDMI 2.1 chipset found in the affected AV Receivers is from Panasonic Solutions (subsequently taken over by Nuvoton Technology) and apparently has an error in the implementation of the transmission variant "Fixed Rate Link" (FRL) introduced with HDMI 2.1. The bad news is that although the error has been identified it seems it cannot be corrected with a firmware update. Thus. only workarounds which involve the source outputting only at 4K 60Hz or leaving the AVR out of the chain and connecting directly to a compatible TV/monitor have so far been suggested.

The affected models are:

Marantz and Denon AV Receivers are already under fire by some for only supplying a single ‘8K ready’ HDMI 2.1 port which is seen as somewhat stingy in some quarters for those that might have more than one 8K source. Yamaha, meanwhile, has advertised that both the PS5 and Xbox Series X can be connected simultaneously to its latest AVRs since it has multiple HDMI 2.1 compatible ports. That now looks to be an empty promise if the Yamaha receivers are affected by the same HDMI 2.1 chipset issue.

In addition, some companies that have yet to release their latest AV Receivers also look to be affected. This includes Onkyo, Pioneer and Sony whose upcoming receivers are all thought to include this buggy chipset. It will prove to be a problem for all companies who are relying on HDMI 2.1 being a big selling point to consumers who are looking to get hold of one of the next generation gaming consoles.

Sound United, who own Marantz and Denon, has released a statement to Audioholics.com acknowledging the issue and confirming ongoing investigations. It stated that a permanent solution will be offered at a later date and is quoted here:

Some new gaming source devices that support 4K/120Hz output may not work fully with Denon (or Marantz) 8K AVRs. You may discover this incompatibility issue due to a HDMI chipset mismatch between the devices. When the affected system is connected to the AVR via 8K HDMI input and set to output at 4K/120Hz, and the AVR’s 4K Signal Format option is set to “8K Enhanced,” you may not see the system’s source video on their display, and may not hear the system’s source audio processed through the AVR. This problem is only present when a display that supports 4K/120Hz is used.

We are currently investigating the issue further and will offer a permanent solution at a later dat﻿e. Meanwhile, we would like to provide a couple workarounds to prevent the issue in its current state:

We apologize for this inconvenience and we are currently working tirelessly to release a permanent solution so you can enjoy the 4K/120Hz experience using the latest sources with your AVR. We will have an update soon regarding the timeline of a permanent solution. We appreciate your patience.

“We've been made aware of an issue related to certain emerging video signals (4K/120Hz etc) from certain sources that can cause a loss of picture and sound when passed through the AVR.

However, from the time we first announced our 2020 AVRs, we have stated that we will support such new formats via future updates.

Please rest assured that we will address the reported issue as part of these future updates including a permanent solution as needed.”

No time scale for this 'permanent solution' was indicated.

The previous response from Yamaha remains below:

The official Yamaha response merely confirms an investigation is underway:

As we test and explore new gaming system capabilities and the latest HDMI specifications, we will provide guidance on our website to help new and future customers with the compatibility of our latest AV receivers. We will certainly provide you with an update in the near-term.

With the release of the Xbox Series X and PS5 mere weeks away, how many readers with the latest AV Receivers  were gearing up towards getting their hands on a next gen console in order to experience the full 4K 120Hz experience? Let us know how this will affect your plans in the discussion thread.