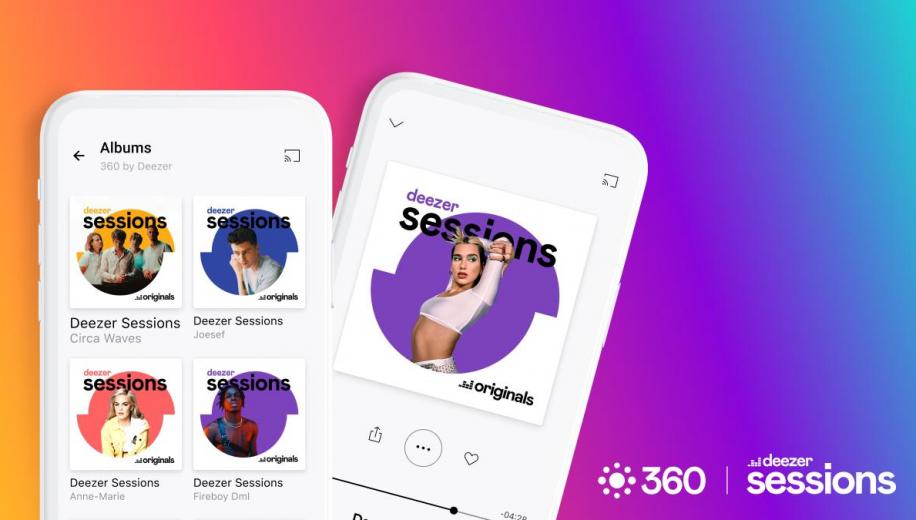 Deezer has introduced 360 Sessions, an opportunity to hear some of your favourite artists brought to life using Sony’s 360 Reality Audio.

Music streaming service Deezer first got on board with Sony’s 360 Reality Audio object based technology when it launched its 360 by Deezer app back in 2019.

Now, Deezer is bringing a selection of live performances from global music artists including Dua Lipa, Anne-Marie, Circa Waves and others as they play exclusively for Deezer fans under the umbrella of ‘360 Sessions’.

Using Sony’s 360 Reality Audio spatial audio technology, the 28-track playlist will deliver an immersive experience that will transport the listener to the front of the stage for a life-like performance that they can relive over and over again. All the elements woven throughout the track from the vocals to the individual instruments to the members of the audience can be heard as if they are in different positions within a 360 spherical sound scape. The end result is an authentic feeling that the artist is inside the same room as you.

No specialist hardware is required and it’s easy to experience and enjoy the 360 Sessions playlist using normal headphones, though music fans using Sony’s headphones compatible with the application ‘Headphones|Connect’ will enjoy an enhanced experience.

So, with your favourite headphones sorted, the main prerequisite is a subscription to Deezer’s high fidelity ‘HiFi’ tier for which there is a current 3 month free trial followed by a £14.99 monthly fee - so it’s possible to get on board for nothing during the trial period.

Also needed is the standalone 360 by Deezer app which is available for iOS and Android users.

Users of Deezer’s Premium tier can also have access to the playlist but will only hear the tracks in stereo.

Jerome Coïc, Deezer’s Senior Special Operations & Partnerships Manager explained, “We wanted to capture the magic and mood of a live performance with Deezer Sessions. Each act brings our fans up close and personal to their favorite artists. To further preserve the integrity and specialness of each recording, we created ‘Deezer 360 Sessions’ in 360 Reality Audio.

“With 360 Reality Audio, fans will experience sounds that mimic an omni-directional soundscape that will transport each music fan to the heart of their favorite performance.”

Details of the full 360 Session playlist are found on the Deezer website or through the app.