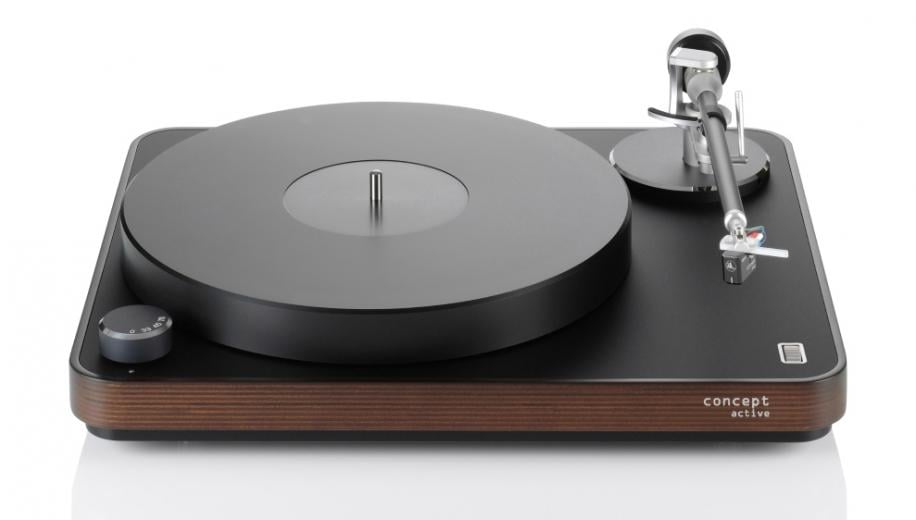 The Clearaudio Concept turntable has garnered plenty of praise and awards since its release in 2010 and now the German audio company is launching an Active version.

Living up to their mantra of “Take the best and make it better”, Clearaudio has taken one of its most popular products, added an integrated headphone amplifier so that it’s now even easier to get up and running to start listening to your vinyl collection, and relaunched it as the Concept Active.

The original’s simple concept (hence the name) was to deliver an elegantly styled turntable package that contained groundbreaking technology usually only found in higher-end decks and combine it with plug-and-play simplicity along with outstanding sound quality and affordability.

Now, the new Concept turntable is aimed at a new generation of audiophiles and music lovers wanting the benefits of a high-performing system without the hassle of endless black boxes. The Concept Audio features a built-in phono stage plus a preamplifier with its own volume control, which means the turntable can be connected directly to a power amp or integrated amplifier so you can listen to your records via the loudspeakers of your choice. The option to use active loudspeakers is also available.
The Concept Audio comes with the Concept tonearm which uses magnetic bearings designed to reduce the issues of bearing friction and noise. There’s also the option of either the Concept V2 MM or Concept MC cartridge.

The Plug and Play sensibilities are further supported since key parameters such as tracking force and anti-skating are fine-tuned as part of the manufacturing process. There’s therefore minimal set up required.

Smart Power 12V
Clearaudio has also launched a battery-based DC power supply upgrade called the Smart Power 12V which is designed for use with their Concept and Performance DC turntables.

Partnering intelligent circuit technology with long-lasting NiMH (nickel-metal hydride) rechargeable batteries, the Smart Power 12V can deliver clean, stable power which is unaffected by the variability and inherent noise of the mains supply.

The unit can be set to switch automatically from battery play mode into recharging mode and will continue to enhance the turntable's performance and protect it from short circuits and power surges, even while charging
The Concept Active comes in a range of finishes including black, black and silver, and light or dark Baltic birch and is available now, priced as follows (including VAT):

The Clearaudio Smart Power 12V is available now priced at £630 (including VAT).