What happened to ‘S’? 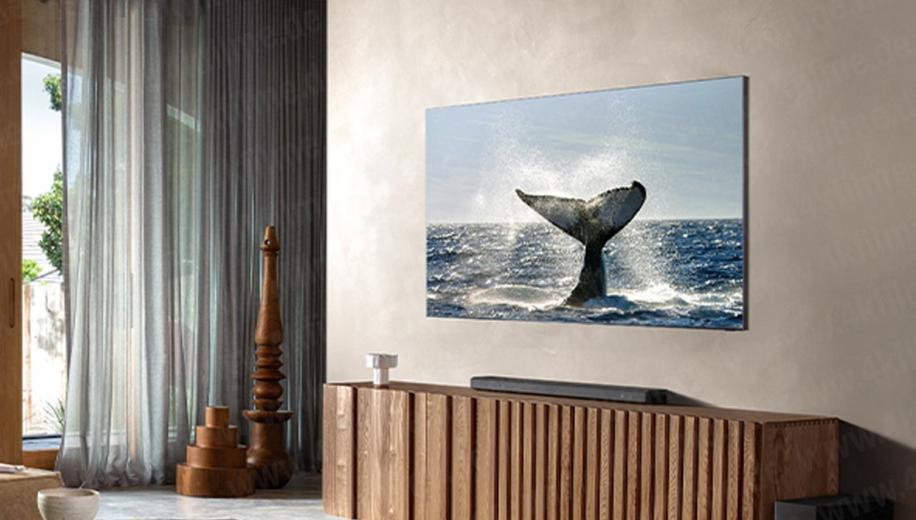 Samsung’s TV naming conventions have chopped and changed over the last couple of years and some consistency would help reduce confusion. Having got good mileage out of 2019’s ‘R’ range of QLEDs, the next step could see the company leap-frog ‘S’ and end up with the ‘T’ range, if clues on the internet are being interpreted correctly that is.

When Samsung was rumoured to be unveiling its bezel-less QLED models at CES 2020 there were no images of these new models available. Shortly after, however, images of these latest Zero Bezel QLED TVs leaked and hit the internet, having come from the Samsung Audio Lab in California. Online tech enthusiast site www.4kfilme.de noticed one of the pictures contained a soundbar which was identified as the Q800T. This seemed to hint that the South Korean electronics firm was sticking with its ‘Q’ prefix but sidestepping ‘S’ to increment the final identifier to ‘T’ in the naming of its TVs and soundbars. 2019 saw the Q900R and Q950R 8K QLED TVs along with the HW-Q90R soundbar so, if 2020 does move to ‘T’, it would mean the likely new TV models appearing in the leaked images might be the 8K Q900T (US) or Q950T (EU) TV with the rest of the range following on from its 2019 ‘R’ siblings as Q90T, Q85T, Q80T, Q70T, Q60T models.

Indeed, this may be borne out by a further piece of evidence from Korea’s National Radio Research Agency which tests and certifies conformity with the country’s radio frequency requirements. Here, an entry for a device with the name HW-Q60T was spotted which follows on from Samsung’s HW-Q60R soundbar from 2019.
If this is the case, quite why Samsung has decided against devoting a year’s worth of products to the letter ‘S’ is a bit of a mystery. Perhaps it was felt that it could lead consumers to assume that it just stood for ‘Samsung’.

Part of Samsung’s strategy in 2019 appeared to be to encourage consumers to match their QLED TV purchase with an appropriate Samsung soundbar, something that was simplified by cross-device naming uniformity, i.e the HW-Q70R soundbar would be a good audio partner for the Q70R QLED TV.

Manufacturer’s model numbers can vary between elegant and informative to clumsy and confusing. What would AVForums members like to see from Samsung with the naming of its 2020 range of TVs and soundbars?