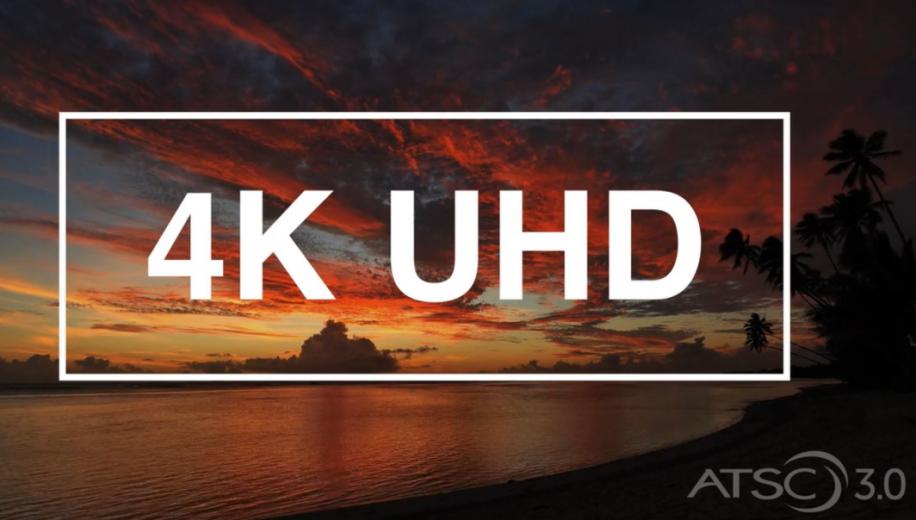 Samsung has announced that its 2020 QLED 8K TVs will support the new NextGenTV broadcast standard which aims to deliver an enhanced over-the-air UltraHD viewing experience.

While 8K TVs might be the headline grabbers at CES, 4K UHD still has a way to go before it is a fully ubiquitous broadcast standard and the ATSC 3.0 standard, which finds its way into Samsung’s 2020 QLED 8K TVs, could help achieve that.

NextGenTV can carry internet content and services alongside the traditional over-the-air broadcast signal, all delivered free via an antenna. Thus viewers who use FreeView in the UK can soon benefit from higher-quality 4K, HDR pictures and better sound.

As it stands, even though NextGenTV is a 4K UHD supporting standard, owners of Samsung’s 2020 8K TVs will benefit from the AI Quantum processor upscaling of non 8K sources but it’s possible 8K UHD could be added to ATSC 3.0 further down the line, so owners will be ready.
Here’s Samsung’s press release in full:

“Samsung is constantly transforming the technology we put in front of our consumers to give them the ultimate home entertainment experience, so leading this endeavor was a natural step,” said Hyogun Lee, Executive Vice President of the Visual Display Business at Samsung Electronics. “NEXTGEN TV powered by ATSC 3.0 enhances the at-home viewing experience for our 2020 QLED 8K owners and beyond. We’re excited to see how the standard steers our broadcast partners into developing content and experiences for our 8K ecosystem. We are just beginning to scratch the surface and are excited about the full potential enabled by ATSC 3.0.”

One of the key benefits and improvements of NEXTGEN TV powered by ATSC 3.0 over the current ATSC 1.0 standard is its potential to receive and playback content in up to 4K resolution, rather than just Full HD that is currently available. This ensures that Samsung QLED 8K owners are able to playback 4K broadcasts and content when the signals are transmitted.

Samsung has been at the forefront of development efforts around high-resolution broadcast for years. The company has also been working with Pearl TV and the National Association of Broadcasters (NAB) on testing new features and broadcasting experimental transmissions, across many industry events and collaborations. These efforts have ensured that Samsung is leading the world with the best in class Ultra HD viewing experiences and have given broadcasters the ability to continue innovation within the 8K ecosystem.

Accessing NextGen TV will require receivers and TVs to be ATSC 3.0 compatible and the standard is not backwards compatible with the current ATSC 1.0 standards, As a result, broadcasters will be required to co-transmit 1.0 and 3.0 for 5 years until the earlier standard can be phased out.

Other advantages are expected to be stronger signals supporting mobile reception and even a public alerting system. The Internet Protocol backbone of the system will also allow targeted advertising, something that is rolling out to more and more to streaming, cable and satellite broadcast services elsewhere.

The ATSC themselves are hopeful that the new Next Gen TV standard is likely to be adopted in over 61 territories, reaching 70 percent of viewers as NextGen TV products such as Samsung’s latest 8K QLEDs become more widely available over 2020.

Do free, over-the-air 4K, HDR images and Dolby AC-4 / MPEG-H 3D audio sound like a good move to AVForums readers? Let us know what you think in the chat thread.