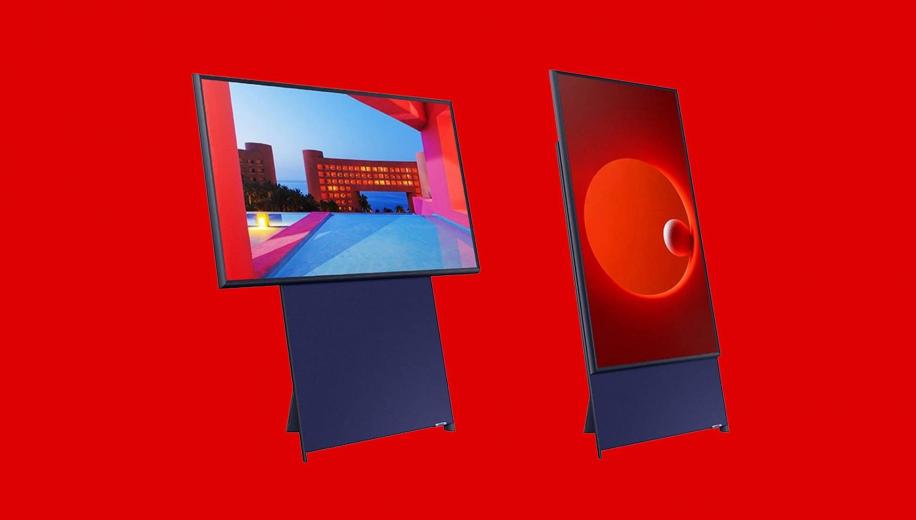 Samsung's pre-CES unveiling event may have been dominated by Micro LED and QLED 8K TVs, but the Korean manufacturer also had a range of lifestyle TVs and two soundbars on show.

These lifestyle TVs are already available in Korea, but CES provides Samsung with a chance to roll them out globally. This lifestyle range is headed up by The Frame, which comes in 32-, 43-, 47-, 55-, 65- and 75-inch screen sizes.

It offers a range of lifestyle friendly features, including an invisible connection, a no-gap wall mount, and a customisable bezel. This QLED 4K TV also has a Dual LED backlight that uses two types of LED in the backlight – one is cool (20,000K) and the other is warm (5,000K).

This technology improves the black levels, and reduces contrast and colour variation when viewed off-axis by changing the colour temperature of the backlight using the cool and warm LEDs. An infra-red film on the front of the panel also helps reduce the heat off the screen.

The lifestyle range also includes The Serif, a 4K QLED TV which is available in 43-, 49- and 55-inch screen sizes, but only requires a small amount of space for installation. This model uses an attractive designer frame, with an NFC hot spot on the top and tray accessories at the bottom.

Finally, there’s The Sero, which comes in a single 43-inch screen size. This model is specifically designed for modern life, with a unique rotating screen that offers a vertical orientation for smartphone use and a more traditional horizontal mode for movies and gaming.

There's no denying it's an eye-catching design, and the screen can be made to rotate by simply changing the orientation of your connected smartphone. This 4K QLED TV also has a slim design and a 4.1-channel premium speaker with 60W of amplification.

Samsung also had a pair of soundbars on show: the HW-Q800T and HW-S600T. The HW-Q800T represents an evolution of previous Samsung soundbars, with a reduced width designed to fit between a TV’s feet and lower height so it won’t block the screen. In addition, the cabinet uses a new see-through design to show where the sound is coming from, and the HDMI output will support eARC (Enhanced Audio Return Channel). While the latter is good news, it would be nice to see Samsung keep its promise and update its 2019 Q Series (70/80/90) soundbars with eARC.

The soundbar itself uses a 3.1.2-channel speaker layout with a newly designed 8-inch wireless active subwoofer. It also features the latest version of Samsung’s Acoustic Beam technology, where the upward-firing drivers have been moved forward to allow the soundbar to be placed under a TV without blocking its speakers.

The HW-Q800T supports object-based audio in the form of Dolby Atmos and DTS:X, and also boasts a new feature called Q-Symphony. This allows the soundbar to work in conjunction with the speakers on a 2020 Samsung TV to create a more immersive sonic experience. Finally, there’s the option of voice control thanks to the inclusion of built-in Bixby and Amazon Alexa.

Samsung also had the new HW-S600T on show, which shares certain features with the HW-Q800T such as eARC support. This all-in-one soundbar uses a 4.0-channel speaker layout with a side horn speaker and acoustic beam technology to create a more immersive sonic experience. In a demo, the S600T proved capable of a performance that sounds much bigger than the size of the soundbar looks, with some nice bass as well.

The S600T is designed to deliver deep bass without a separate subwoofer, but if you feel the sonic performance needs greater low-end extension there will be an optional 6.5-inch wireless subwoofer. The soundbar comes in a choice of black or light grey, and uses a premium Kvadrat fabric grille on the cabinet. It also offers voice control thanks built-in Bixby and Amazon Alexa.

So what do you think, are you interested in more lifestyle-related TVs or are they just a gimmick? How about the new soundbars, do they look interesting? Let us know what you think in the discussion thread.
To comment on what you've read here, click the Discussion tab and post a reply.
News Discussion (5)