Bend me, shape me, anyway you want me 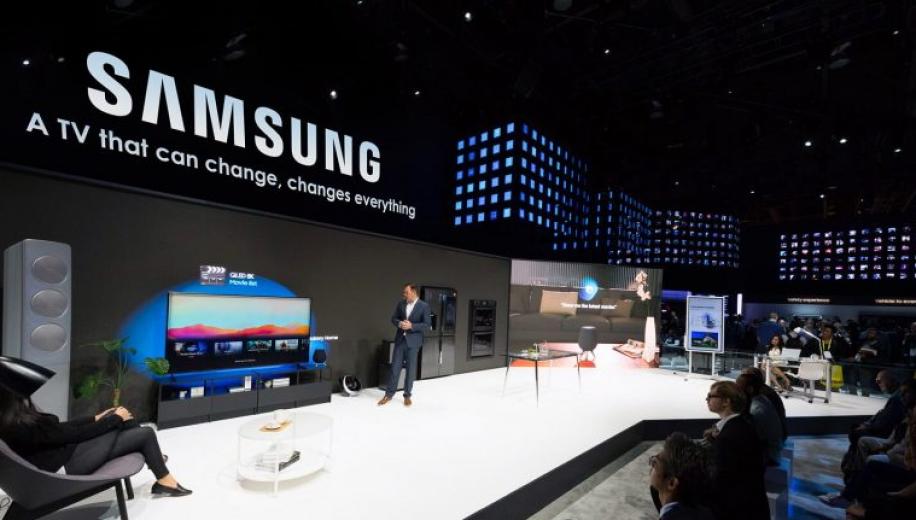 Concept tech, prototypes, blue sky projects, call them what you will, they often take a long time to get to a point where they could actually be a suitable product for the consumer market. Has Samsung now put the finishing touches to a TV that it first showed over half a decade ago?

Online tech news site LetsGoDigital is reporting that Samsung has recently been awarded a patent for a long-gestating bendable OLED TV and that it also applied for a trademark for the phrase ‘A TV that can change, changes everything'. All this adds up to a potential unveiling at CES 2020 the site ascertains.

At CES 2014, Samsung showcased an earlier attempt at a TV that could change between flat and curved screen positions. The mechanism that facilitated this change caused the housing to be bulkier than a regular TV of the time and so it was back to the drawing board.

Samsung worked at refining this concept and in 2018 applied for a patent for a TV with an adjustable OLED screen that could curve forwards.

Now the most recent patent - awarded on 19th Nov 2019 by USPTO (United States Patent and Trademark Office) for a 'method and terminal for reproducing content' - is for an OLED display that can be bent forwards and backwards by the included drive device and twin deformation guides.
The OLED TV has a support panel on the back and the rotatable screen has speakers installed in both sides. When the TV is switched off, the screen automatically bends backwards to obscure the rear support panel thus presenting a clean and pleasing aspect. Once powered back up the TV can be used as either a traditional flat screen or in the curved forward position.
In addition to the patent that covers the technological innovations behind the bendable screen, Samsung also trademarked a phrase which could allude to the changeable characteristics of their secret TV. That phrase is, 'A TV that can change, changes everything', and it could be the slogan behind which Samsung’s flexible OLED TV is launched.

There’re some interesting developments here including the fact that Samsung would be openly using an organic light-emitting display for its latest concept TV - most likely due to OLED’s well established flexible properties. Could it also be a quantum-dot based screen, thus hinting at the company’s next TV tech - QD-OLED?

It’s all supposition and guesswork until the actual unveiling and that could be just around the corner... or CES 2021!

What do you think about a TV screen you can change between flat and curved aspects? Join in the discussion in the thread.