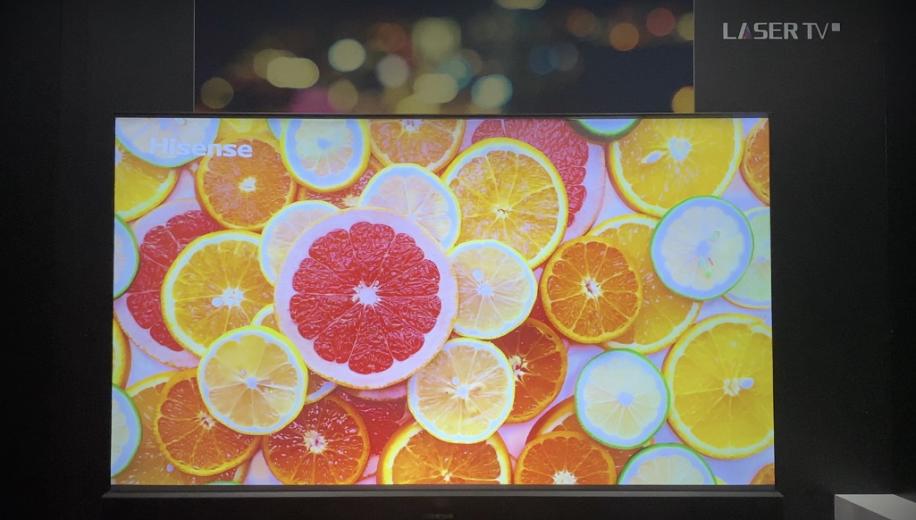 Hisense used its press conference at CES to launch two new Quantum Dot ULED 4K TVs and a TriChroma Laser TV that can hit 100% of Rec.2020.

This shouldn’t come as a surprise because Hisense has been steadily building a reputation as a brand that’s able to deliver cutting edge technology at very competitive prices. It’s already the fastest growing brand in the States, and the fifth largest in terms of sales. However, the Chinese manufacturer has big ambitions, with a target of 40 million TV sales a year and the number two spot globally.

To do that Hisense is going to need some strong product, and it might just have exactly that in the shape of its latest Quantum Dot ULED 4K TVs. Hisense emphasised the importance of the four key pillars of any good TV picture – colour, contrast, brightness and motion – and feels its ULED range can deliver all of them.

The new flagship model is the H9G Quantum ULED 4K TV. This model has up to 180 dimming zones, and can deliver a wide colour gamut thanks to the use of quantum dots. It has a claimed peak brightness of 1,000nits, uses a 120Hz panel, and includes the Hi-View Engine AI Processor. It supports high dynamic range, specifically HDR10 and Dolby Vision, and it also supports Dolby Atmos. This Android TV also has built-in far field microphones and Google Assistant.

If you’re looking for a cheaper alternative, there’s also the H8G Quantum ULED 4K TV. This model has up to 90 dimming zones, and can also deliver a wide colour gamut thanks to the use of quantum dots. It has a claimed peak brightness of 700nits, and includes the Hi-View Engine AI Processor. It supports high dynamic range, specifically HDR10 and Dolby Vision, and it also supports Dolby Atmos. This Android TV has built-in Google Assistant and a Game mode with a 14ms input lag.

Related: What is Dolby Atmos?

The other area where Hisense has been quietly building a significant presence is the growing market for laser TVs. These TVs are composed of a fixed screen and what is essentially a short throw laser projector (although it has a tuner built-in, which actually makes it a TV). Hisense has been refining the laser technology, increasing the resolution, adding HDR support and widening the colour gamut. It has also added new features such as invisible sound where the speakers are built into the screen, and subs are built into the base.

The Hisense L9 is the latest 4K Laser TV, which uses an X-Fusion TriChoma (red, green and blue) lasers to deliver a claimed colour gamut that can hit 100% of Rec.2020. That's basically all the colours the human eye can see, and it would be one of the first displays to reach this technological milestone. There's a 100-inch self-rising screen that comes out of the base. There's HDR10 support, Hisense's simple but effective VIDAA Smart OS, a dual smart screen feature, Harman Kardon speakers, and Dolby Audio. There's also the Sonic Screen, which uses a honeycomb bionic structure to redirect sound evenly in all directions. If that wasn't enough, the use of pure spectrum colours results in more comfort and less eyestrain, while a 100-inch laser TV only uses half the power of a 100-inch LED TV.

Hisense has already announced its TVs for the UK, so it doesn't look like we'll be getting either the ULED models or the TriChroma Laser TV any time soon. It's also interesting that during its press conference Hisense made no mention of OLED, 8K or its XD dual LCD technology first introduced at CES 2019.

So what do you think? Is Laser TV something that you can see catching on, and assuming it ever arrives on these shores does Hisense’s Quantum ULED range tickle your fancy? Let us know what you think in the discussion thread.
To comment on what you've read here, click the Discussion tab and post a reply.
News Discussion (6)