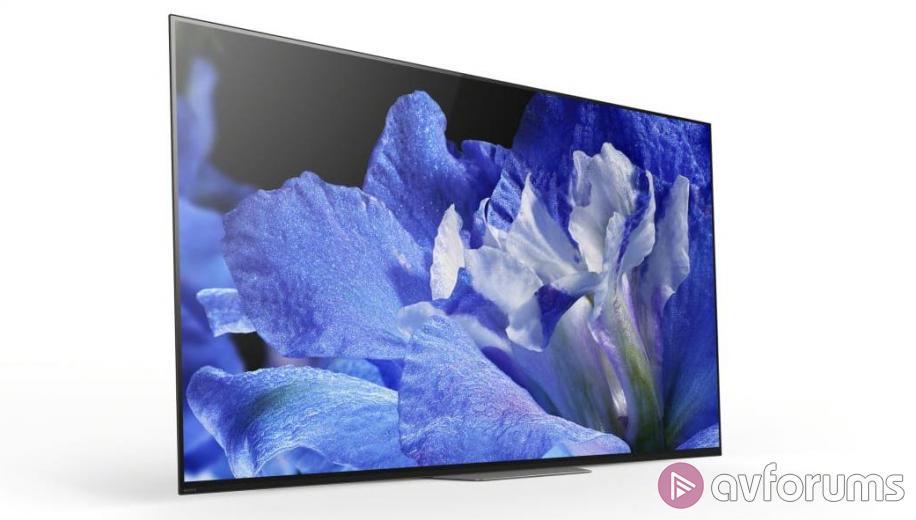 Sony held a closed door demo at CES, where they demonstrated their new AF8 OLED and XF90 LED LCD TVs.
Although the A1 remains the flagship OLED for 2018, the new AF8 offers exactly the same picture quality, includes Sony's superb 'Acoustic Surface' and will be available in 55- and 65-inch screen sizes. In fact the only difference between the two models is that the AF8 has a different chassis, dropping the 'Easel Stand' of the flagship model, in favour of a more traditional approach. Aside from simplifying setup, using a smaller footprint and allowing a closer fit when wall mounting, it also means that the AF8's screen is level rather than at an angle, as with the A1 – which is sure to please those who weren't taken with that aspect of the A1's design. The only other difference is that to accommodate the simpler stand, the AF8 uses two smaller subwoofers at the rear, rather than the one large one used on the A1. However Sony say that the sound quality from the acoustic surface will be identical between the two models. Although we don't know pricing yet, since the A1 is still considered the flagship OLED TV for 2018, we would expect the AF8 to be slightly cheaper when it is released in the spring.

If the differences in Sony's OLED range are purely cosmetic, the changes to their LCD line-up are more significant, although one thing that hasn't changed is the flagship model. For the third year in a row, the ZD9 is their flagship LCD and that's the first time we're aware of a TV remaining relevant for such an extended period of time. That's certainly a testament to a the quality of the ZD9, which was originally launched back in 2016. Interestingly there will be no replacement for either the full array XE94 or the edge-lit XE93, which makes the full array XF90 the big new LCD model in Sony's 2018 range.

Although it's a full array LCD TV with LED local dimming, just like last year's XE90, Sony have added the X1 Extreme processor which means that the XF90 will support Dolby Vision, along with HDR10 and Hybrid Log-Gamma. Interestingly the 2018 TVs that use the X1 Extreme processor (XF90 and AF8) won't actually ship with Dolby Vision built-in but will require a firmware update later. We're not quite sure why that is but hopefully 2018 owners won't have to wait as long as 2017 owners, who don't get their updates until February.

However one new feature that will be included out-of-the-box is X-Motion Clarity and this is very interesting. Sony TVs have used black frame insertion (BFI) for a while now and the feature can deliver improved motion handling without resulting to the dreaded 'soap opera effect'. However one side effect of BFI is that the image dims because black frames are literally being inserted between the normal frames that make up the image. The X-Motion Clarity feature analyses the images and uses the local dimming backlight to boost the brighter areas of the image. We saw a demonstration of X-Motion Clarity in action and the results were very impressive, with excellent motion handling and improved dynamic range thanks to the darker dark areas and brighter bright areas.

Thanks to the inclusion of the X1 Extreme processor and X-Motion Clarity, the Sony XF90 has become one of the most interesting LCD TVs being launched this year. The XF90 will be available in the spring in screen sizes of 49-, 55-, 65- and 75-inches and, based on what we have seen, if Sony can price it competitively then they may have a real winner on their hands.